Probably your first question is, "What in the world is SMOOSHING?" and I'll get to that in a minute, but first let me mention that today's cards were inspired by and made using Dare 2B Artzy'x Slimline Curve Borders Die Set and the Mega Box of Karin Markers, both of which can be found at The Ink Pad and will be of considerable advantage to your crafting arsenal! There's a little photo tutorial and a second card made using these same ingredients, both can be found on The Ink Pad Blog, so I hope you'll hop over to see them. 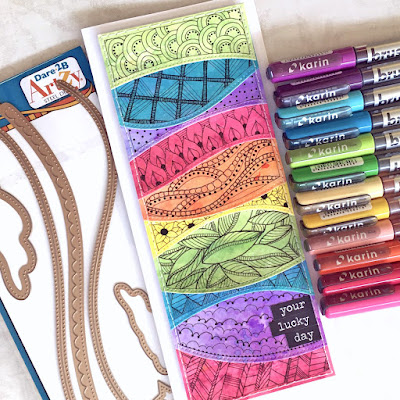 Posted by lauren bergold at 9:00 AM