there's a brand new prompt up at ♥JINGLE BELLES♥ today and it's called, "we three kings" although the emphasis here is on the three more than the kings; in that we'd like to see cards that have a grouping of three... somethings. it could be three strong circle elements, three packages under the tree, three adorable reindeer, or... well, you get the picture right? my card has three trees. see? 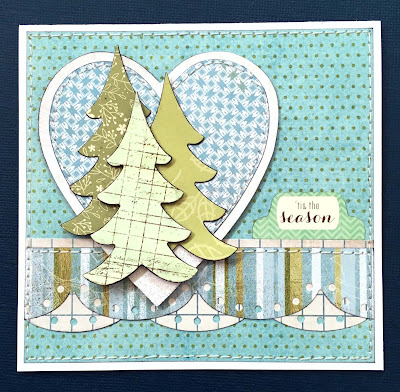 coincidentally, this next card has three trees, as well. :) i actually cleared out quite a lot of my holiday scraps while re-organizing before christmas, and part of the big clean up was to either toss or diecut any scraps that were too small for anything except tossing or diecutting. i'm hoping that having a little cache of pre-cut items will make "composing" my cards a bit faster; as well as making it possible to sometimes make multiples in weeks where i have more than one idea. so far, that plan seems to be working pretty well. 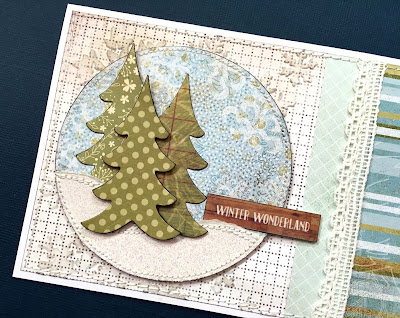 because look, here's ANOTHER three trees in the next photo! something else you'll notice is that all of these are fairly flat cards, which can be mailed with just one stamp on them. because my other crafty resolution for 2018 is to try to make more cards that don't cost $3 to mail, lol. (if you've been reading my blog for more than a few months you'll realize that i make this resolution every year, and my good intentions rarely last much past february. but maybe this'll be THE YEAR i really follow through?!) 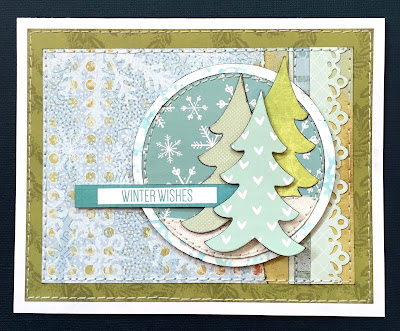 all of my cards were initially inspired by the sketch half of the current fusion card challenge, but since i freely admit that they strayed away from that pretty quickly, i'm not actually linking up. it's a great challenge, though, and they're celebrating their fourth anniversary just now, so i thought i'd mention it! 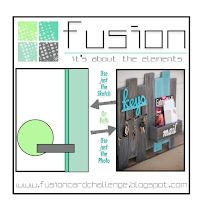 i'm probably never going to become a cardmaker who happily mass-produces, but even i don't mind making a few different versions of the same card, so this is a technique you may see off and on throughout the year.

be sure to hop over to ♥JINGLE BELLES♥ to see what stephanie has made and link up your own tri-centric masterpiece(s)!
Posted by lauren bergold at 12:00 AM