his & her alcohol ink cards

i'm still fairly smitten with the new gold and silver metallic kraft-core cardstock from idea-ology that i got at paper anthology. especially now that i know how cool the combination of embossing and alcohol inks is. see?


my first experiment involved using a swirly embossing folder on silver cardstock, then adding drops of various blue and green alcohol inks. it took a little time to figure out how to get the best mix of colors and how long to wait before blotting up the excess color. i found that the longer you wait, the more chance you will get blotches and maybe a little bit of "crust" at the edges of the embossing. but in this case, i like the grungy look of that, so i just went with it. when i had a mix i liked, i added mats and a rather handsome focal fish that i cut from a vintage book. 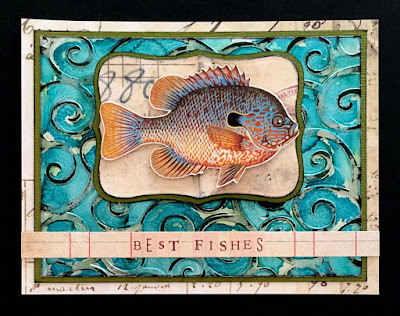 i used this cool sketch (#124) from sweet sketch wednesday 2 to design the layout of my card: 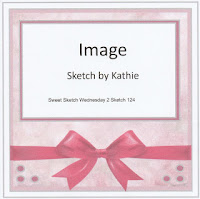 when i moved on to my second card, i used a flowery e/f on the gold color of the cardstock. to get a more even shade all over, i found that it was best to stick to one color of ink (this is raspberry) and to apply it in sections, spreading the excess over the rest of the card and sort of blotting up any puddles at the same time. i really love the soft "rose gold" shade that appeared. since on this particular folder the design is kind of half em-bossed and half de-bossed, i decided to sand some of the raised areas a bit, to get more variation in the design. i also serendipitously discovered that a piece of un-colored gold on which i had tested the same e/f just happened to line up perfectly midway down the design of the pink panel, so i matched up the flowers carefully and attached it on top! 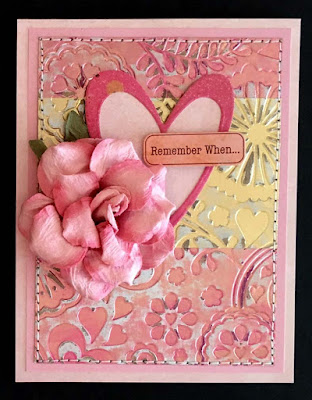 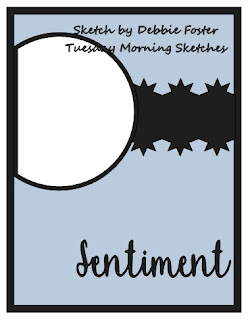 i'm sure there are still about a thousand more tricks and techniques i could try with this fun product... and i'm pretty confident you'll be seeing at least a few of them here in future! ♥
Posted by lauren bergold at 2:00 PM