would this be a good time for some random sketchbook goodness that i've perpetrated during the first two weeks of august? (be a sport and say, "yes" k, otherwise the whole rest of this post falls kinda flat.) ♥ 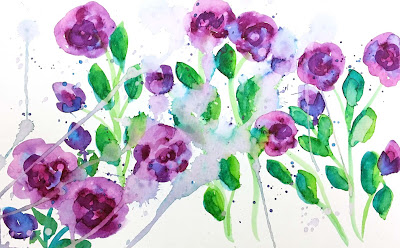 having spent the first two years of my colorburst watercolor enthusiam trying to apply the pigment neatly in controlled ways, i'm now really into drips, drops, runs and spatters! obviously. :) 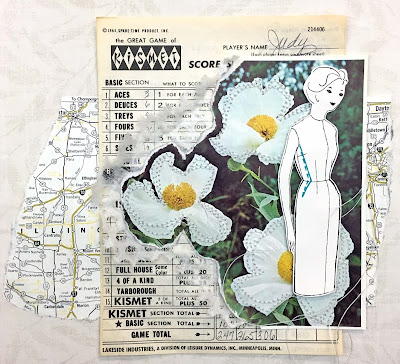 it is written: "any random collage is enhanced by the presence of a 1970's sewing pattern lady". ok, technically, it was written by me. but that doesn't make it wrong, surely? 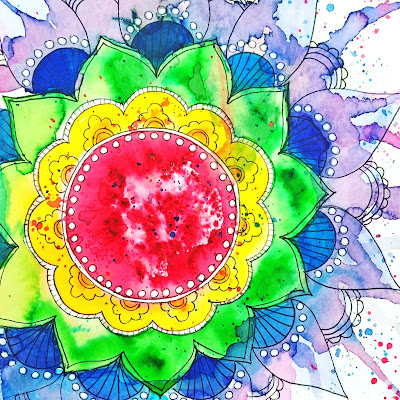 again with the messy colorburst. in this case, the outer bits started to run unexpectedly, so i just went with it, and the result is actually quite a bit cooler (imo) than what i was originally trying to achieve. this is why PLAYING with art supplies is such a crucial endeavor in the laurniverse. 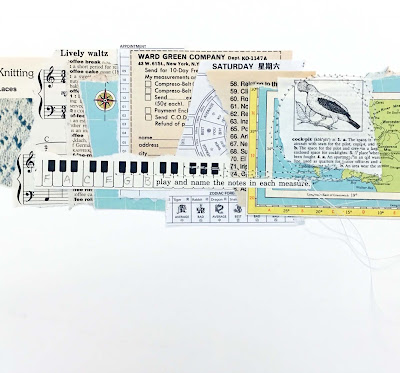 i have a ginormous art crush on a collage artist called sophie klerk. this piece was 100% inspired by a collage she made a couple of weeks ago. 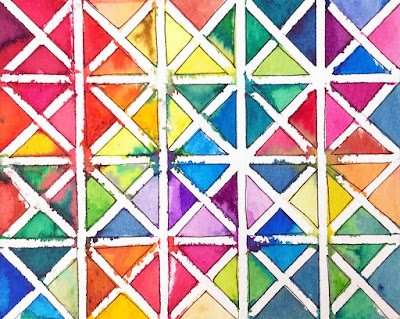 an experiment with pinstriping tape, that very nearly almost worked, lol. it turns out that you don't want to put more than one layer of this tape down at any one time, bc the upper layers will not be sufficiently attached to your paper to mask it. which is a bummer if you want perfectly crisp lines and pure colors; OR a positive boon if you want them to mix grungily at the borders!!! ;)

hope you are having an awesome weekend that includes at least a little bit of art play and LOADS of gorgeous bright color, darlings! ♥♥♥
Posted by lauren bergold at 11:30 AM