this last group of cards brings us current to sunday 7-19. meanwhile, i'm still making the cards each evening and usually putting them on instagram before i go to sleep. there's been a really good hardcore group of ICAD participants on IG this year, and it's fun to interact with them and see what they're making! 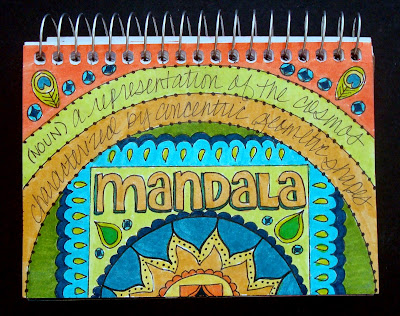 043: definition
drawing tip of the day: choose the thing you feel like drawing, then figure out how to make it fit the prompt!!! :) 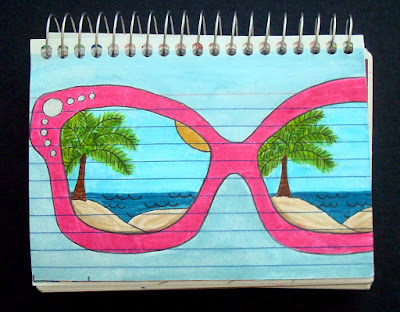 044: focus or blur
see drawing tip above, then imagine my joy when i realized i could pretty much render anything i wanted, just by sticking it inside a pair of sunglasses. hot pink, bling-encrusted ones, obviously! 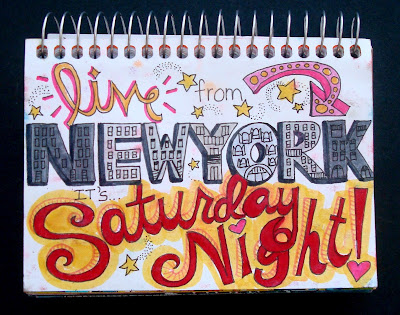 045: saturday night live
you could argue that i went way overboard with details and flourishes and colors bright enough to singe your retinas. but if you remember the first couple of years of snl, you'd then have to argue that all those things really capture what it was like! 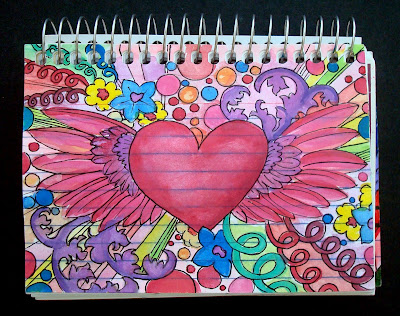 046: album cover
i went with a really stylized version of disraeli gears mostly because of the imagery and colors involved, though actually, i like cream, generally, and this album in particular. (but really... hot pink wings and flourishes!!!) 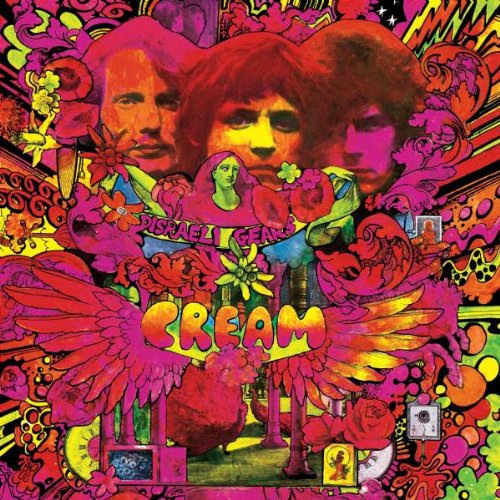 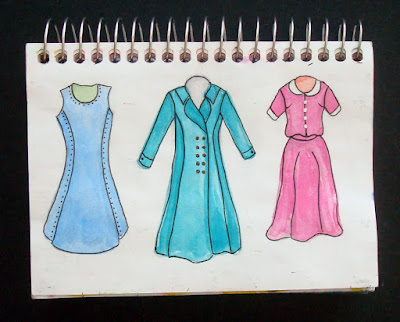 047: fashion
decided to try my hand at some vintage sewing-pattern-style clothing illustrations. can i just say, this is soooooooooooo much harder than it looks? to anyone who routinely draws clothes, and enjoys it, i doff my (unpictured) chapeau! 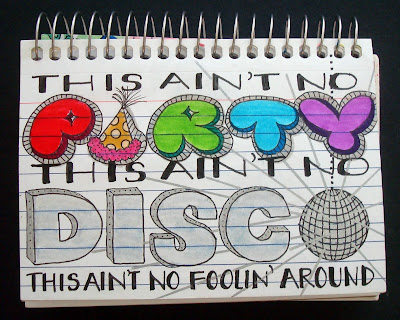 048: disco
apologies for what has turned out to be the most persistent earworm of all time: the talking heads' "life during wartime" a song i totally loved until i drew the lyrics for an icad and got it stuck in my head for elebenty consecutive days. :0 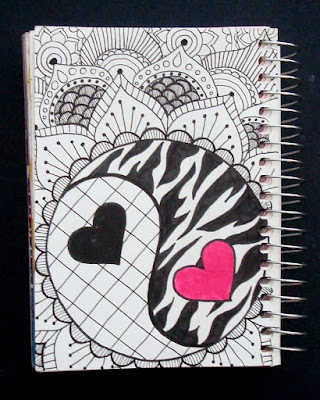 049: black and white
i had a hard time narrowing down which of the gazillion ideas i had, so i just used all of them. problem solved! ♥
Posted by lauren bergold at 12:00 AM