this week of (100% optional) ICAD prompts (week 6: july 6-12th) were all related to different games, and i enjoyed coming up with ideas to go with each... some more literal than others! 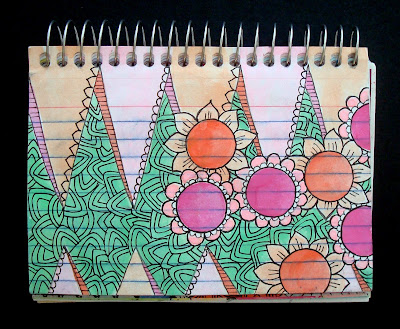 036: backgammon
obviously a super-stylized take, but seriously, if i ever saw a backgammon set like this in a store, i'd buy it *instantly*! 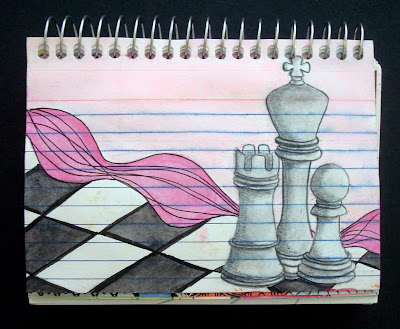 037: chess or checkers
totally psyched that i was able to produce chess pieces which are somewhat dimensional looking, since shading is by far my worst thing! (but the less said about the background, the better, lol!) 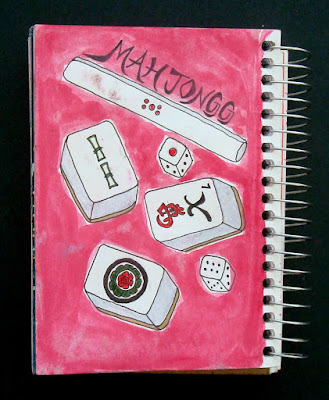 038: mah jongg
i actually thought, going in, that this'd be a slam dunk. for one thing, i happen to own an utterly lovely vintage mah jongg set from which to draw the pieces, which are only dimensional squares and rectangles, for pete's sake! no idea why i flubbed it so badly, but the great thing about doing a 61 day project is that it's only one day; and somehow the ones that don't work out make the ones that *DO* work out seem even better! :) 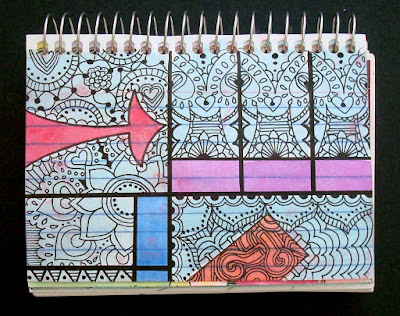 039: monopoly or bingo
can you say, "comfort zone", lol?! having so thoroughly dis-enjoyed dimensional rendering of mah jongg pieces, i went with realllllllllly flat, doodley, mandala shapes inside the vague suggestion of a monopoly board. 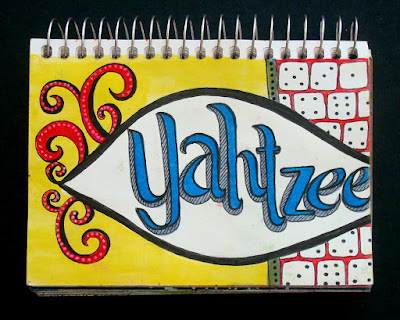 040: yahtzee
again a sort of knock-on effect from mah jongg is going on, this time in the form of my asking myself, "seriously... who can't draw DICE??!" and then sort of sidestepping the dimensionality issue by drawing a dice-based patterned paper. 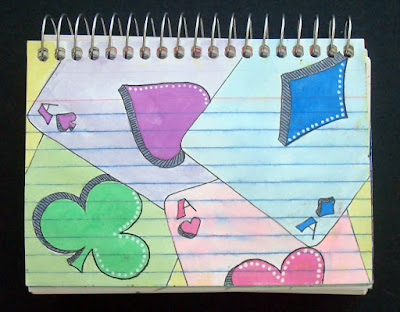 041: bridge or gin rummy
i traced around a real playing card with a pencil to get the outlines of mine to all be straight and the same size, then drew and painted my suits. and for the record, yes, they're all aces because that's a really good hand... AND... because it's easier and more fun to draw than four eights. 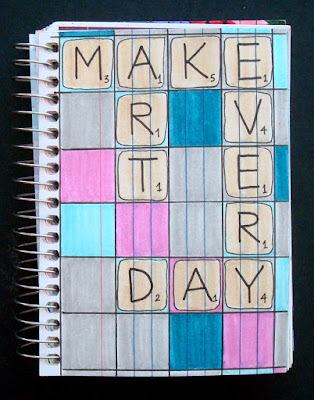 042: scrabble
again, i've "cheated"-- if we want to call it that --by using a ruler to measure and mark the sections of the scrabble board, before doing the tiles and lettering by hand. i've also fudged a bit with regard to colored squares, to make a prettier pattern, with more pink in it. so there!!! :)
Posted by lauren bergold at 12:00 AM