swear if you dare??!

that's the latest challenge (#21) at the sisterhood of snarky stampers, with whom i'm excited to be guest designing* this fortnight: 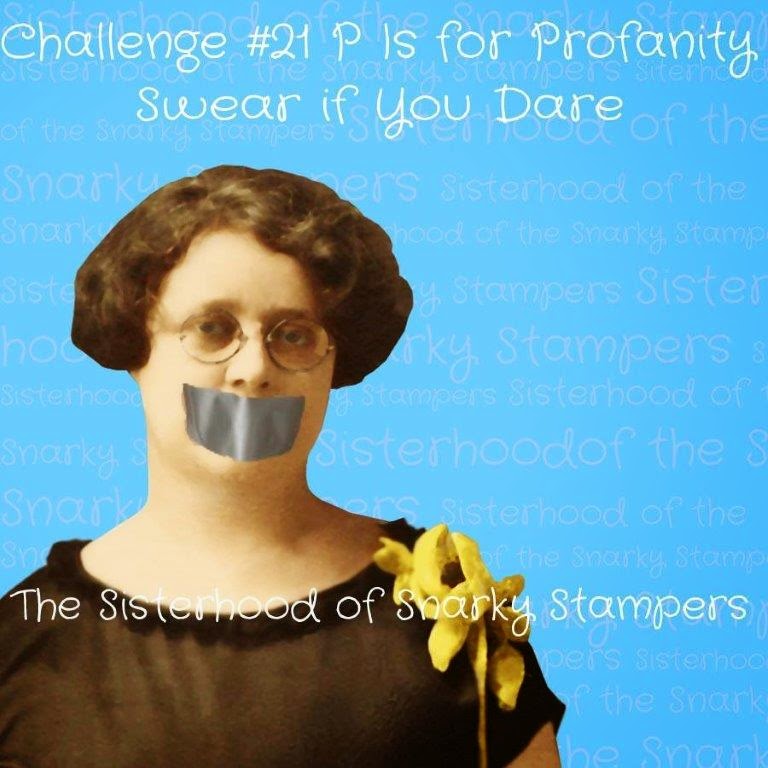 ok, technically it's called, "p is for profanity" but either way, i'm pretty sure you can already see what the snarks are looking for, right? yepper, this is your official chance to go all the way with the sarcastic greeting card; an in-your-face journal page; an atc that asks the musical question, "WTF?" (with or without the initials!) or, if you're like me, you can take a more humorous approach. i made two cards, although if this fabulous unity stamp that stephanie found was available as a digi, there might've been three. meanwhile, the first card is my favorite, because, well, it's got 1960's sewing pattern ladies speaking in 2014 slang, lol! what's not to love about that?


the next one is jeff's favorite**. in fact, of the elebenty zillion ideas i "tested" on him, it's the only one at which he laughed out loud. although in my defense (sort of) quite a few of the others were fired at him whilst we drove down an especially traffic-laden, construction-based stretch of I-95 through philadelphia, where i seriously doubt that john cleese performing his entire repertoire of silly walks would have received more than a tense smile. but this guy got an actual chuckle, so i had to draw and color a more polished version to make into a card:


and now i hope you'll check out the awesome creations of the snarky sisterhood although possibly it's best not to be accompanied by any tiny little friends or great big bosses, since i'll remind you that this week, "p is for profanity" and those ladies take their work seriously! ♥

*i won SoSS challenge #19, "h is for hopeful halloween" an honor of which i'm particularly proud, because a pink halloween card was a brand new frontier for me.

**during the creative process, we had a totally serious conversation concerning the relative merits of the cupcake saying "eat me" vs "bite me"; at one point jeff suggested he should say, "go frost yourself!" (complete with a very convincing "joe pesci in goodfellas" accent) which remains the sentimental favorite around here, for obvious reasons! :)
Posted by lauren bergold at 6:30 AM