the current prompt at collage obsession is "RAVEN" which is appropriately cool and seasonal, don't you think? for some reason i had a hard time with it, though. partly because i had too many ideas; which is not something i like to complain about, but in this case a lack of focus hindered me. luckily, in the midst my dithering period, i slammed my thumb in the storm door!* i don't mean "luckily" in the traditional sense, because it really hurt quite a lot; but in the midst of the epic moan which ensued, the phrase "rantin' and raven" popped into my head and after that my collage came together quite easily! 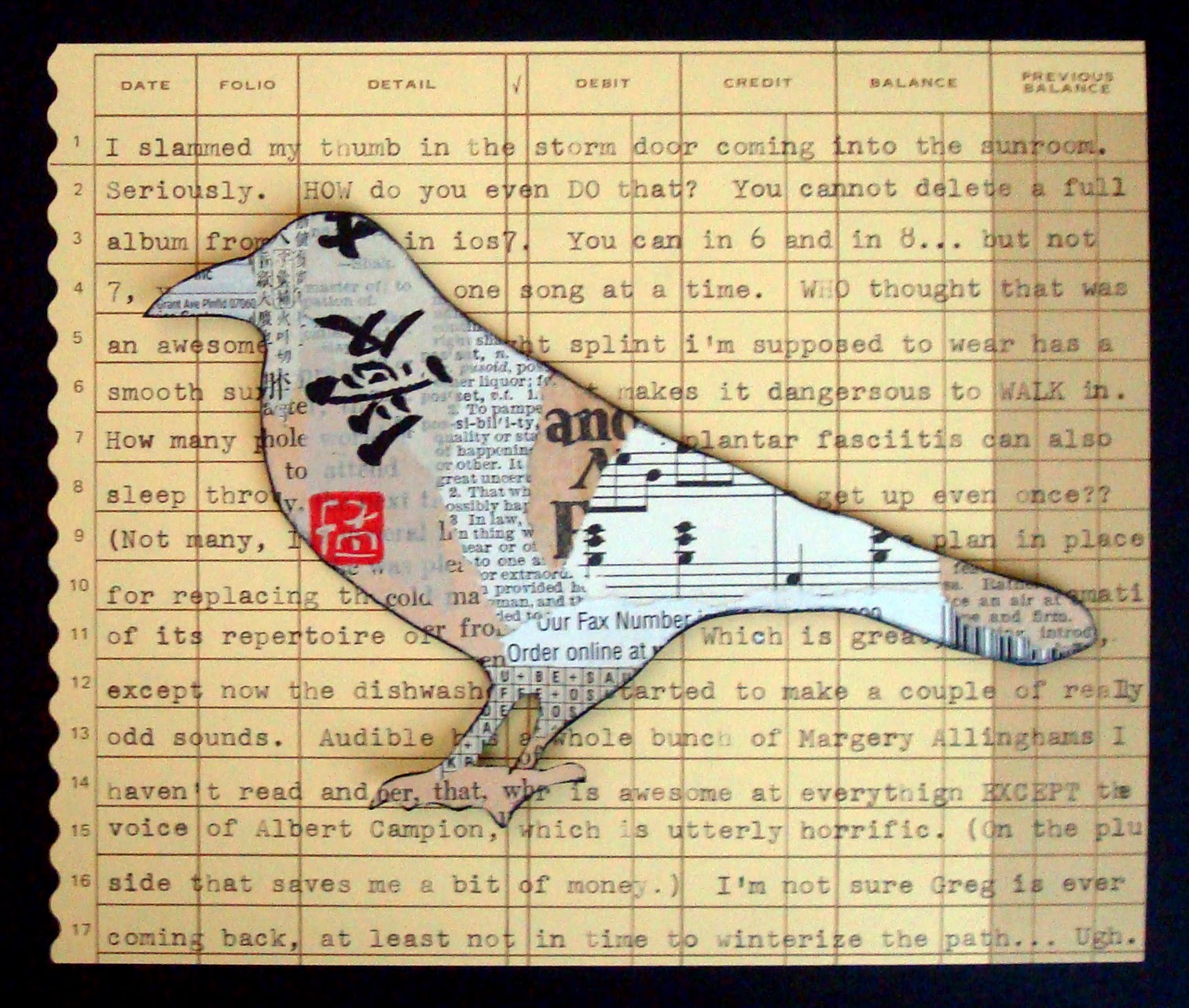 fairly often i make a random paper collage as a background for a more traditional focal point, but this time i swapped that around, and i really like how it came out. i confess to "cheating" a bit... my original version of the raven had fewer papers, and they were not ideally spaced, so after cutting him out i strategically tore and glued on a few more. the "rant" was typed on a cool old accounting ledger card i got at a garage sale, using my vintage typewriter. it's kind of more a moan than a rant-- i just typed a whole bunch of stupid, trivial things that were bugging me, until i had filled enough space to hold the raven. as a bonus, i actually felt a lot happier after i was done complaining, lol.

check out the readers' gallery at collage obsession, there are some beautiful (much more traditional!) takes on the halloween and gothic theme there! ♥

*which... ok, yeah, i am most definitely a figure of some repute amongst klutzes, but still... HOW do you even do that??! even my lovely husband, in the midst of his sympathy, couldn't help but question the logistics of such a move. arrgh.
Posted by lauren bergold at 5:00 PM