in lieu of monsta monday... 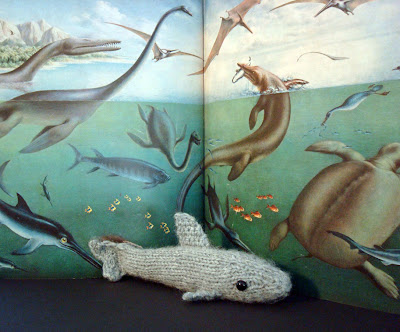 sharkey was a birthday present, by special request, for nephew matthew, who's just turned six. at the moment, he's VERY into all things aquatic, especially sharks; thus i made a cool digi-panel for his gift bag, using a fabulous shark illustration miss gina created a while ago: 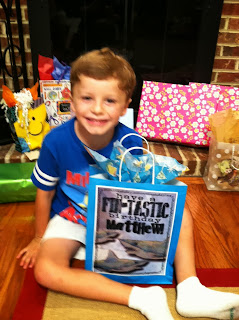 you might think a knitted shark in the hands of an adorable 6-year-old would be impossible to top in terms of birthday party cuteness. and you'd be right. until you saw the cupcakes that matthew and madeline made for the party: 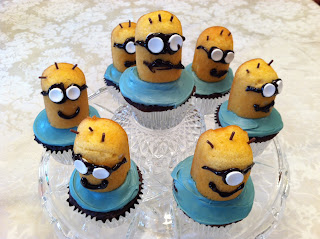 for the record, my sister amie did do a little helping and a lot of supervising, but most of the mixing and decorating of these cupcakes really was done by the kids; they LOVE to cook and have taken classes fairly frequently at their local wegmans for the last couple of years!

speaking of cuteness, matthew, and sharks, here is the man himself having finished the 100+ piece puzzle that was also in his birthday bag the other night: 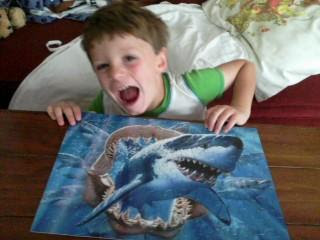 my sister sent this in a text the other day. she probably sends me a random photo of one or other of the kids at least once a week, usually just with a one-sentence description of some sort. this one said, "cue the theme from jaws" and made me smile for the rest of the day. it also made me have the theme from jaws stuck in my head for the rest of the day, but that's a pretty fair trade-off, imo.


happy birthday, matthew
and many happy returns!
♥♥♥
Posted by lauren bergold at 12:00 AM