Yes, someday, I promise to once again make something that does not include a diabolical pun. But today is not that day, lol! Case in point, a card that features the frogs, waterlillies and cattails which all come in the Eyelet Outlet Frog Brad Set: 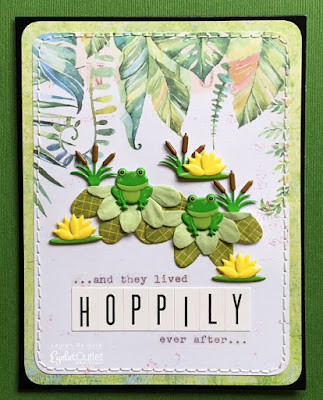 This card also includes one of my favorite hacks for our Paper Flowers. I've mentioned before that I love cutting the petals of the green flowers apart, to make leaves and vines. This time I cut the whole flower across the center to make a lilypad!

Of course, no one likes a uni-tasking pun, right? Luckily we also have Rabbit Brads, which work equally well with the sentiment. I liked the little "scene" in the frogs' card, so I tried to give the bunnies a bit of context by putting them on a sunshiney mini journal card and adding a cloud from the Sun and Cloud Brads as well as a Mini Butterfly. 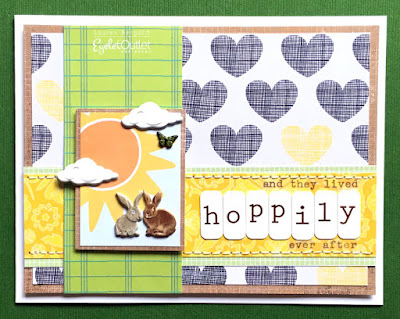 As I was grabbing the ingredients for the other two cards, I came across the Beer Brads, and realized that "hop" can be a noun as well as a verb. So obviously I had to make a third version. I couldn't come up with a realistic landscape for this one, but I added one of my favorite Heart Brads for good measure! 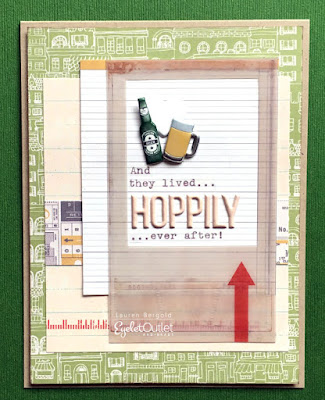 I hope you're having a very HOPPY day, and that you'll be inspired to make a fun card (or three!) before it's over! ♥
Posted by lauren bergold at 3:00 AM