a biggish collection of tiny collages

if you hang out with me on instagram, you'll know that my latest freestyle art obsession has been making tiny (2x3") chipboard-mounted collages, usually in sets of two or four. i'm having fun playing in a completely new way with vintage paper, rubber stamps and tape; also it's a great way to use up some of the smaller illustrations that would get lost on a big project. 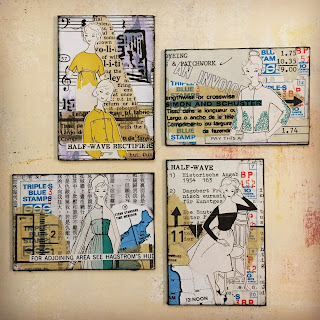 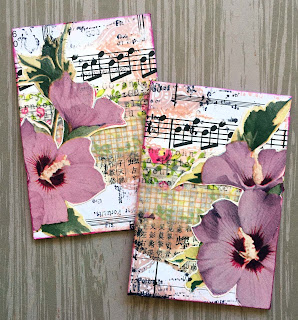 some of my collages start by choosing an illustration, cutting it out, and building around it. others make use of bits that were intended for something else but not used. this is an example of the latter, and arguably the flowers are too big... but i like how they grow right out of the frame. 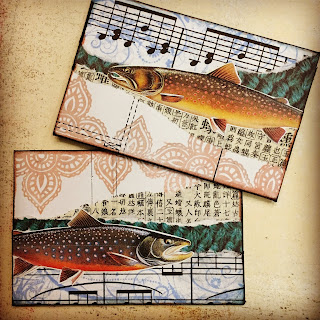 these tiny fish nearly got tossed out, because they're not even half an inch tall. i can see that i'm going to become an even worse hoarder now, since even TINY things work really well for this. 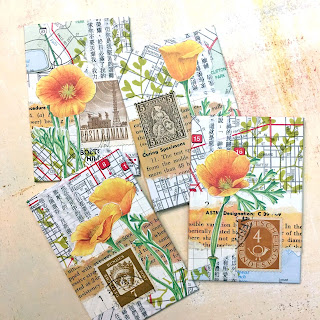 all of these flowers were in one cluster in the little flower book where i found them. i'm not sure why i thought they should go on a background made from a map of metropolitan baltimore, but i stand by that decision... 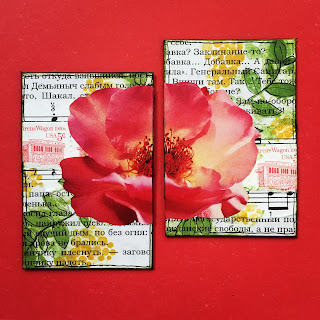 at some point i realized that even quite a big flower could work on this size of canvas, or rather canvases. 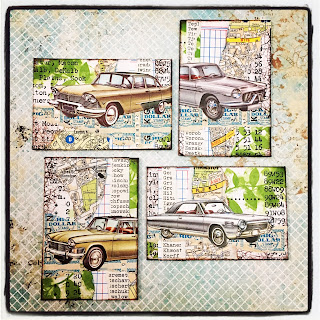 my obsession with the "illustrated motorcars of the world" book from this summer amped waaaaaaaaaaaay back up when i discovered the cars are EXACTLY the right size for tiny collages. 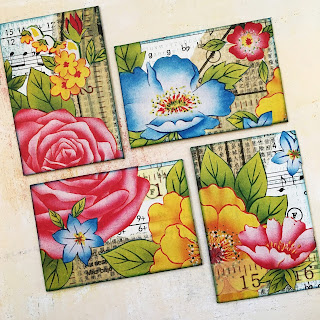 ♥♥♥
hope that all my american friends had an awesome thanksgiving and that my international friends are having the very best weekend of november 2017!
Posted by lauren bergold at 2:30 PM