if you're wondering about the title, it probably loses something in the translation from a rather hilariously random instagram conversation, held via the comments, on thursday night. which, by the way, is one of the things i love about IG, the fact that these spontaneous little discussions can occur out of nowhere-- sometimes with complete strangers-- and just totally make me think, "i've found my (admittedly slightly weird) tribe!" ♥♥♥ 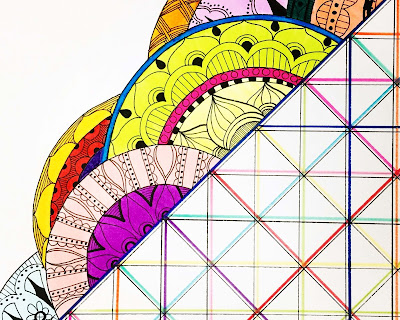 here's the sketchbook page that started it off; i was playing somewhat aimlessly with a ruler, a compass and a bunch of pens and at the end i thought, "it looks like the cyclone at coney island!" a fact that was (surprisingly) echoed by a few of my friends. then michelle saw the tacos!!! :)
(ok, yeah, you might've had to be there...) 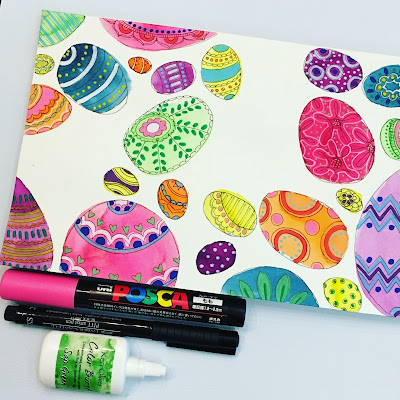 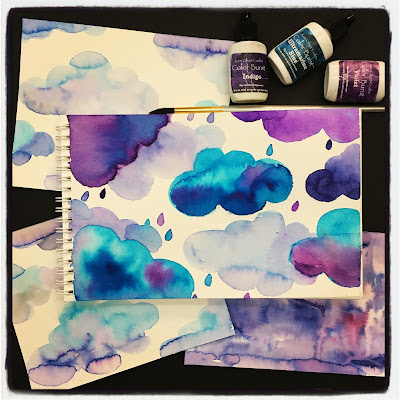 "clouds"
also from haley's challenge. i got a little carried away, partly
because i mixed too much indigo and ultramarine colorburst.
(yes, you can expect to see cards with cloud backgrounds at some point!) 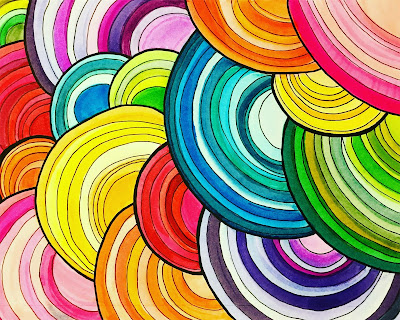 freeform round(ish) swirls using very nearly every tombow dual brush pen i own.
(by the time 10:30 rolls around, if i haven't had a brainwave or become immersed in a daily challenge, i usually just draw shapes in whatever colorful medium is nearest to hand.) 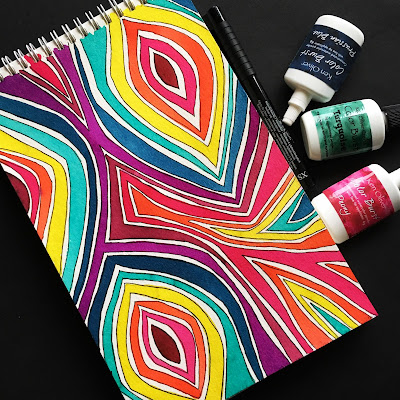 you guessed it... another "free form" day. playing with different combinations of older and newer shades of colorburst. this particular rainbow consists of: merlot, peony, tangerine, naples yellow, turquoise, prussian blue and wisteria.
(yep, i'm pretty sure you'll see these again, too!) 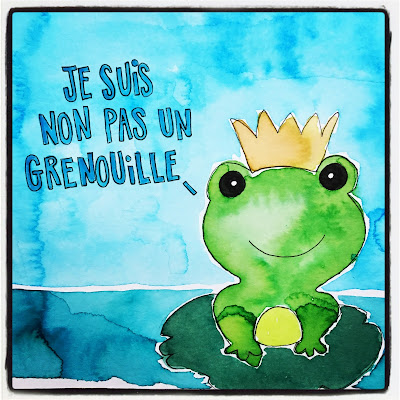 "fairy tale"
the first prompt in @bybun's #AprilDrawingChallenge had me a bit stumped.
but french-speaking kawaii colorburst frogs are ALWAYS a good idea, no??! ;) 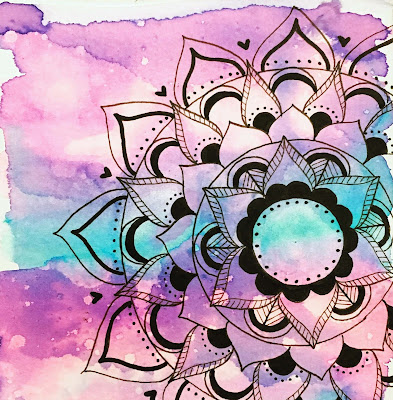 and finally, your basic black mandala, done on a piece of watercolor paper on which
i used up the leftovers of a colorburst painting session, from a while ago.
it kind of looks like tie dye, dontcha think?

i hope the first monday of april is treating you well and that you will get to do something fun and creative before it's over! ♥♥♥
Posted by lauren bergold at 8:00 AM