hey guys! it's l.l. cool j. tribute week at shopping our stash! ok, sorry, just kidding, lol! :) "mama said knock you out" really and truly *IS* the name of this week's challenge, though; but all we really want is for you to dust off some of your older punches and dies and use them on a project! easy, right?


i knew immediately i wanted to use the funky diecut chipboard letters i sell in my etsy shop, and that i would probably also get out at least one of the three or four birthday word dies i own but do not use often enough. i also wanted to use them on SCRAPS of paper to make it even more "stash-centric". but the real bonus was, just before i started working on this, i found a baggie FULL of assorted shapes that had been punched at various times, for different projects, and somehow never got used: 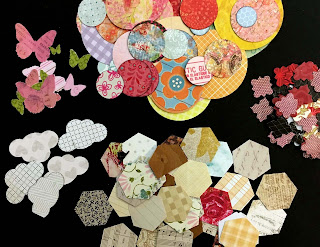 this seemed like an AWESOME time to thin out that particular herd, so i made two background panels. 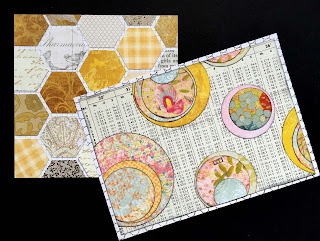 card one used up most of the one inch hexagons. btw, here's the best "tip" anyone can give you for precise alignment of geometric shapes: if you use a background paper with a grid you don't have to measure!!! this particular patterned paper happens to be a literal grid of squares, but any small to medium print that's arranged evenly in lines will work. 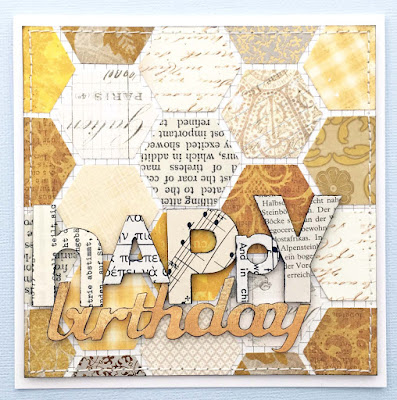 my other card used up some (but not all) of the circles, in a much looser pattern: 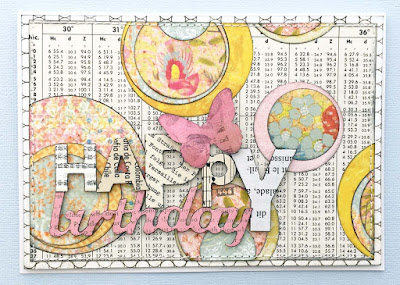 this one was inspired by a sketchbook page i had-- quite coincidentally-- done earlier in the week, as part of an instagram inspiration challenge hosted by rae missigman, for which i combined the prompts "round" and "stacked". for this page, i used circles with more prominent flower patterns and funked it up a bit by outlining the flowers with a fine tipped pen. you can see that in the card version i omitted that step, so that the sentiment could be the focus of the design. (i'd bet you money that you WILL be seeing this idea again at some point, though!!!) 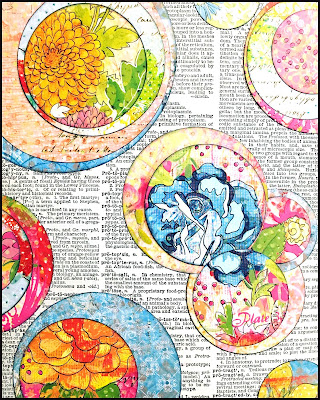 need a little more inspiration involving the clever use of punches and dies? my SOS dt darlings have lots and lots of it... go and see! ♥
Posted by lauren bergold at 6:30 AM