if you've ever asked my niece maddie what her favorite color is, she will have said, without the least bit of hesitation, "RAINBOW!" at the age of twelve she's old enough to know that technically, rainbow isn't a color, as such. but she doesn't care. it's still her favorite. something i've noticed lately in my sketchbook is that if i'm doodling or doing anything abstract without being given a specific palette, i will probably use my favorite color: RAINBOW! :) 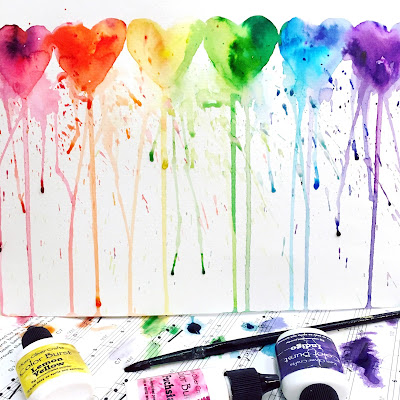 this color burst watercolor was made for #sisters with heart in art on instagram, the prompt was "drips and drops". well, that just SCREAMS rainbow hearts, doesn't it?! 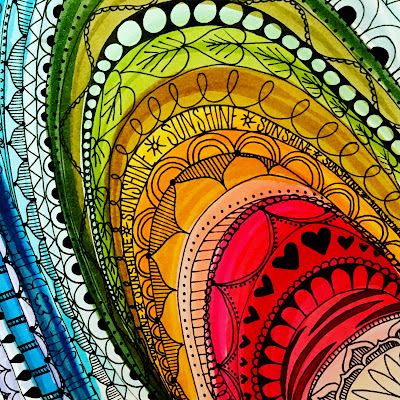 this was a marker testing page that i later filled up with black pen doodles. well a girl's gotta do something at 10:30pm, right?! 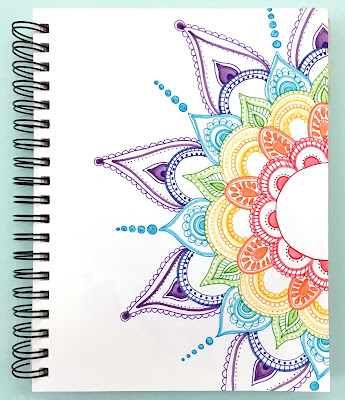 someone asked me recently if my half- and two-thirds mandalas actually go off the page, or if i just crop them that way for instagram. IG does kind of force you into a square, so sometimes i am posting a slightly smaller version than real life, but if they look like they go off the page, it's most likely because they do. i just find it more dynamic when the art fills up the space really well. also... symmetry is HARD you guys! 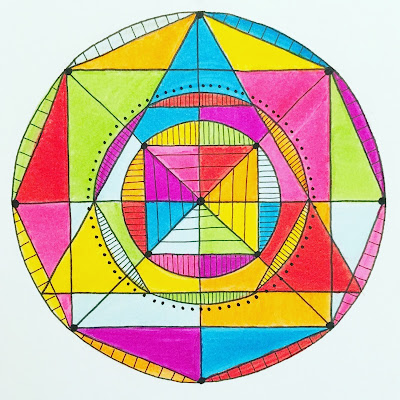 i had fun in september jumping intermittently on an instagram challenge hosted by @aisforanika called #backtopattern. this particular prompt was "shapes". i'm still not sure what possessed me to do that much precise measuring and coloring, but i like the result; sort of "vitruvian man" meets 1970's tv test pattern, eh? 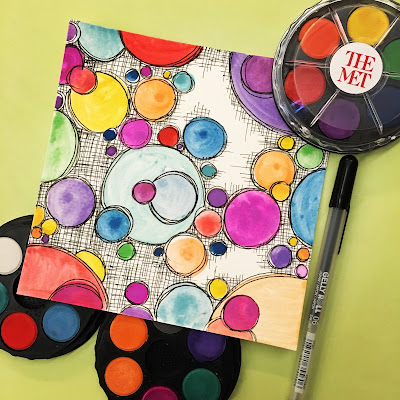 another #sisterswithheartinart prompt, this one was "circles" and i had just gotten a tiny (round!) paint set on a trip to the metropolitan museum of art. 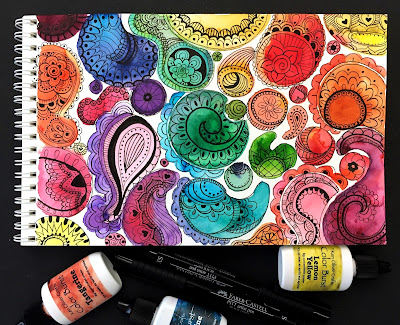 whatever ♥YOUR♥ favorite color is, i hope before this lovely sunday ends you will have used a bit of it in a project that makes you especially happy!!! ♥
Posted by lauren bergold at 12:00 AM