cue the sad, sad music: another fab year of the index card a day project* has concluded, and once again i could not be more grateful for 61 days of inspiration, ideas, drawing practice and art friends. huuuuuuuuuuuuge thanks are due to the lovely tammy at daisy yellow who once again devised, hosted, coordinated and just generally cheered everyone on while we made our cards each day. she does all of that stuff year-round o'course, and you should totally check out her website because it's one of the most colorful and inspiring places on the whole entire internet! ♥♥♥

meanwhile, here are my last few cards of the year: 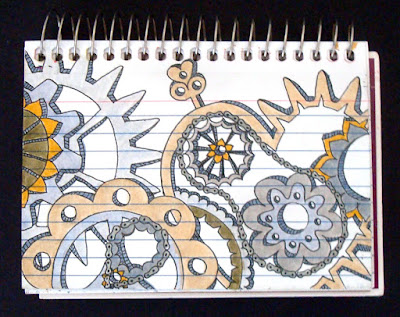 056: masheen
cogs and gears and... ummmmm... flowers and hearts and... ok, i have no explanation for why this one turned out this way, but i like it. so there! 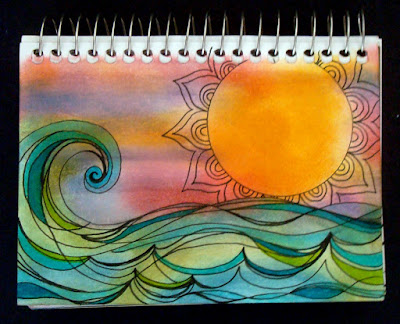 057: sunrise
or in this case, sunset, because i absolutely loathe getting up that early, even for artistic porpoises. i tried a different method for this: i sponged and blended loads of distress and chalk inks on the blank card (having first outlined very faintly in pencil where i thought the sun and waves would be) and then drew the outlines in afterwards. definitely going to use this trick again. 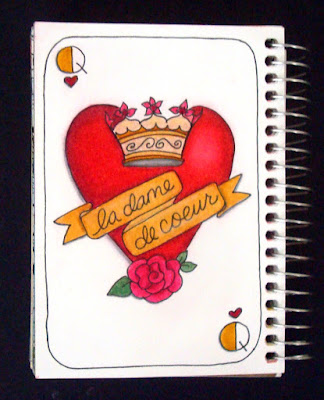 058: queen of hearts
a combination of playing card and tattoo imagery... and a little bit of french... b/c everything sounds cooler en francais, non?! 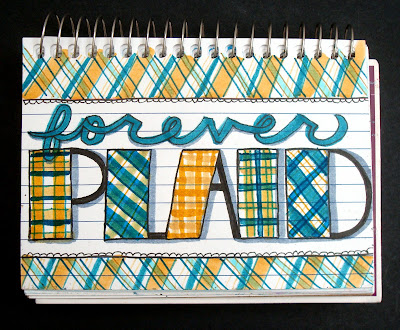 059: plaid
my cousin richard is a professional stage manager, and in the mid-1990's he worked what seemed at the time like a nearly infinite number of productions of the musical "forever plaid" all over this great land of ours. so that was the first thing i thought of... and i just went with it. this also embodies my second rule/tip for art journaling or just generally getting going when i don't know what to make or what to draw; i do some doodling or hand-lettering or both. 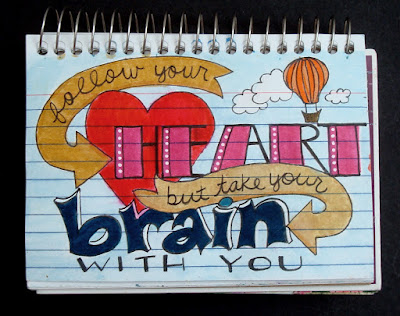 060: advice
my first thought was to draw dear abby, lol. but then i thought i'd illustrate a piece of advice, instead. i had seen this quote on pinterest a while ago, and i thought it summed up a pretty great mindset. (plus... unlike quite a few equally smart mottoes, i found that the words suggested imagery i could use to make it visual.) 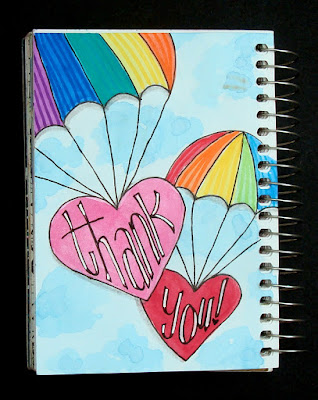 061: parachute
i wanted to make and tag (on instagram) my last card of the year specifically in honor of tammy at daisy yellow, so rainbow colors, hearts and fun lettering seemed like just the thing! ♥ 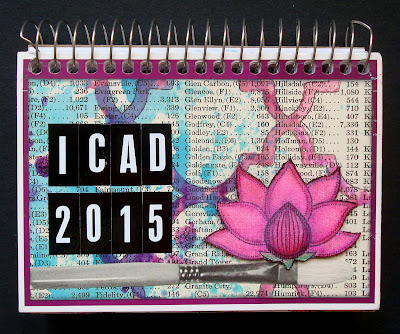 the completed book
which... for the first time ever... looks exactly like it did when i started! that's because it was a pre-bound book of index cards from staples, whicht i bought specifically in hopes it would encourage me to work flat and rely less on my "comfort zone" activity of collage this year. in fact my secret goal was to draw, doodle or hand-letter on every single card... and i did it! kinda proud right here, even if it does make for the most boring "completed book" photo ever, lol!


*there is a choice of (free!) uber-cool 2015 icad badges at daisy yellow for anyone who participated; or heck, you can start now, or next week or... just jump in and start whenever...
Posted by lauren bergold at 4:34 PM