holiday brights... with a flourish!

with a BUNCH of flourishes, actually, possibly a lifetime supply of flourishes if you're a CAS kind of person, lol! but i'm getting ahead of myself. first let's remember the fabulous holiday tablescape we're using as our inspiration this fortnight at JINGLE BELLES: 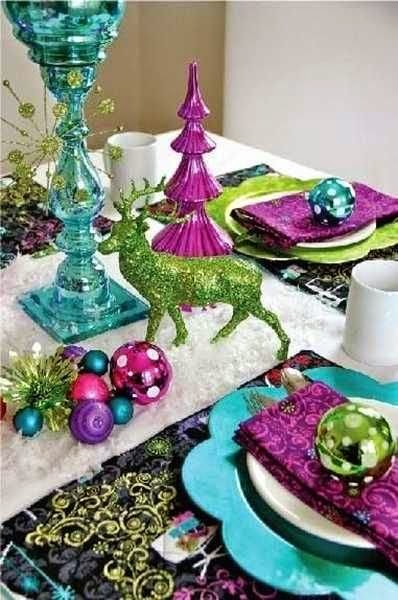 now i'll show you my card and you'll see immediately that i was inspired by the color palette and the sparkle factor, but mostly, i wanted to make a card version of that amazing placemat. so i did! 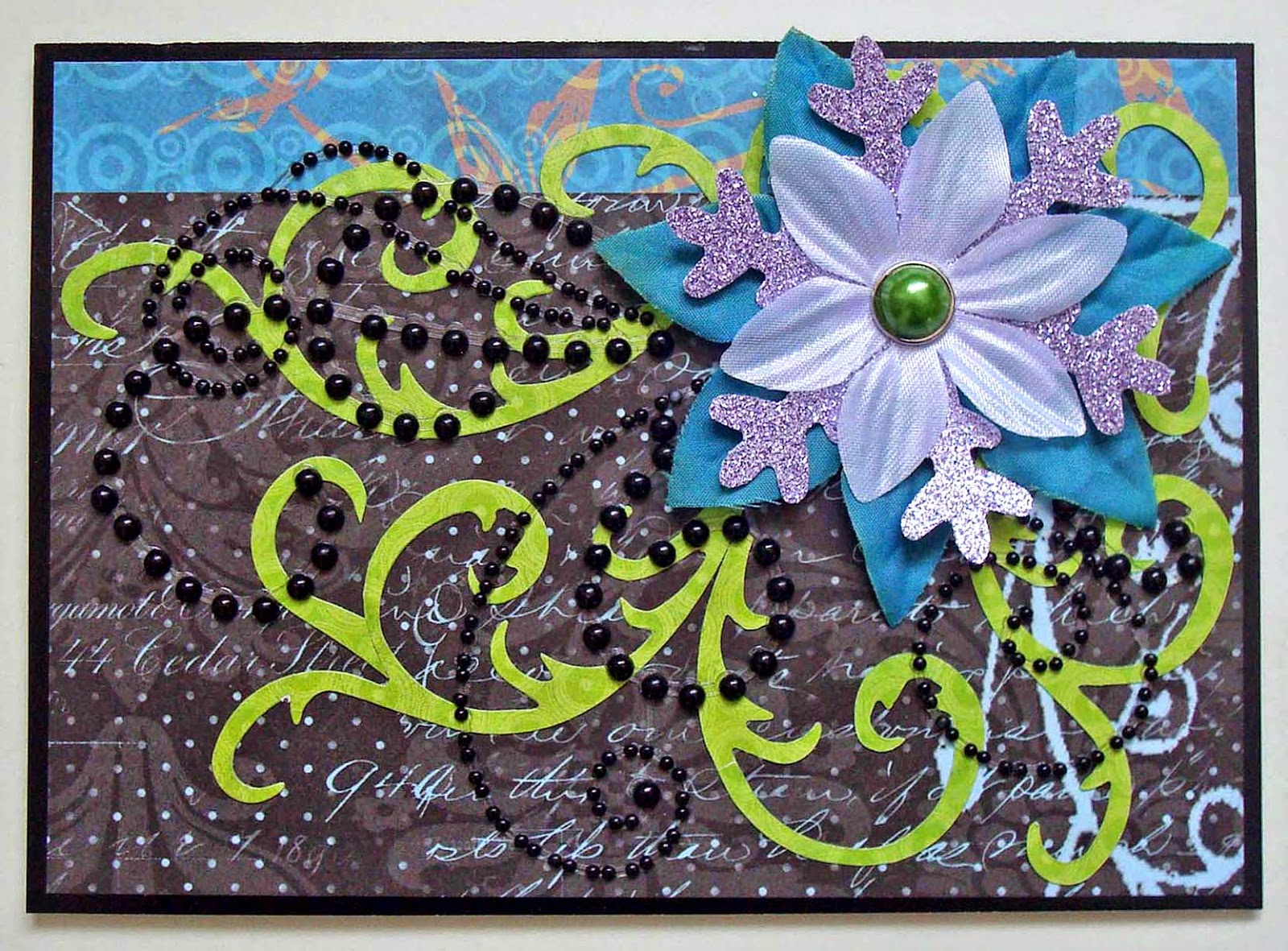 i started with the black patterned paper panel, which had the blue dots, faded text and even a few blue flourishes on it. i added some diecut flourishes in bright acid green, then finished off with the big dramatic black pearl flourish, which i cut apart so it would fit better.

for the layout of the card i used the current sketch (#118) from cardabilities: 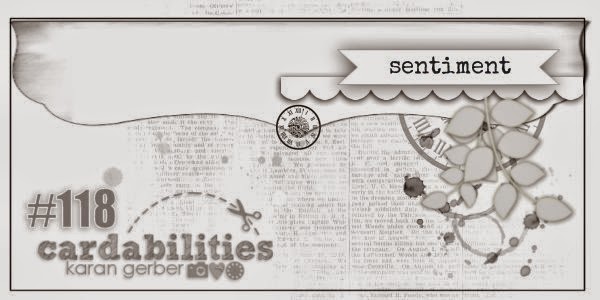 ok, yes, i know what you're thinking, you're thinking, "hey lauren, that's not a very christmassy card, is it? also, there is NO sentiment!" and you're quite right on both counts. the only "holiday" products are the poinsettias and the purple glitter snowflake; and there is no sentiment. but on the other hand, not everyone celebrates christmas, so it's nice to have a few cards on hand that are bright and festive and wintery without having ties to any one particular holiday. plus it's not like you can say this one doesn't have enough going on already, right?! 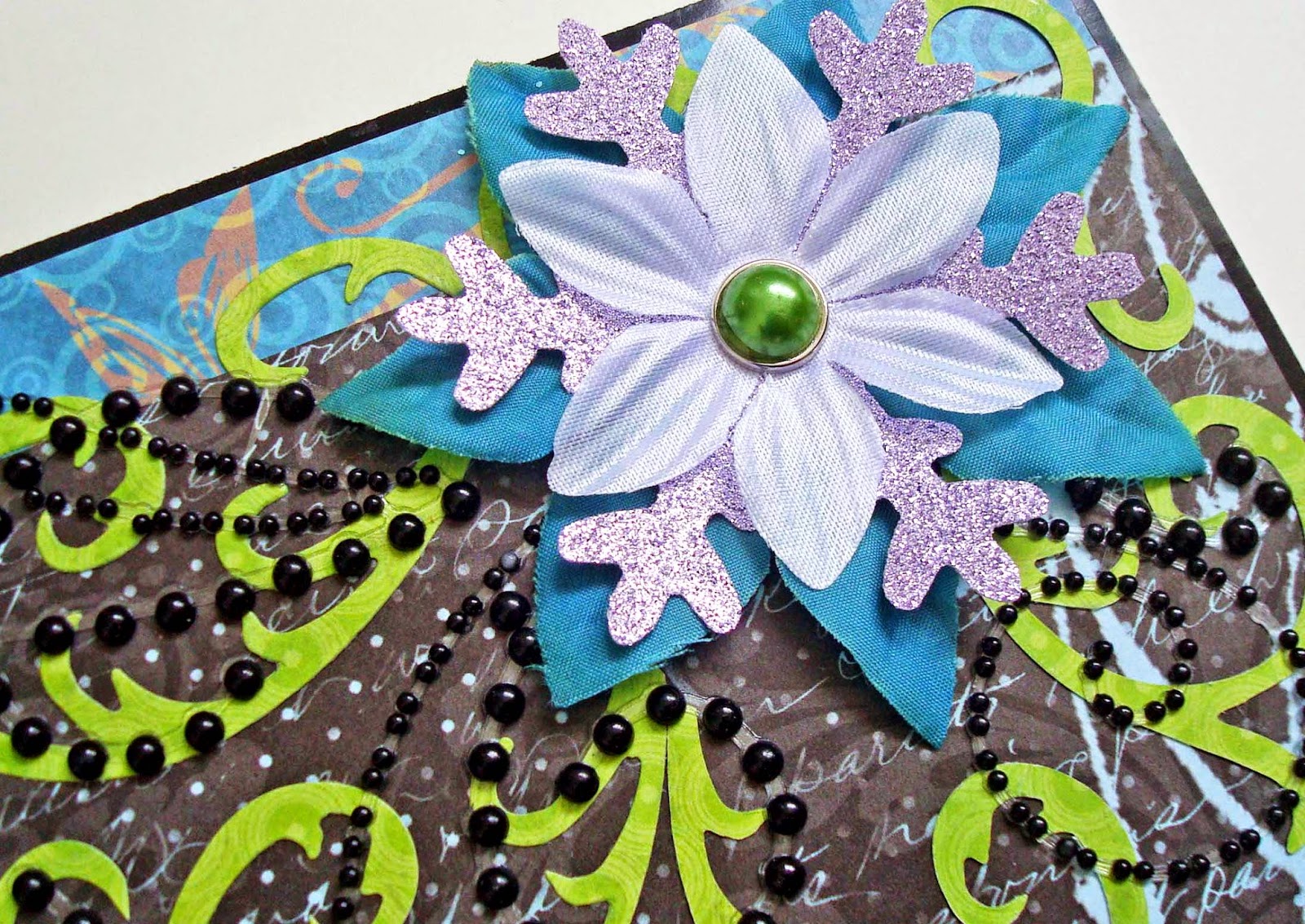 stephanie has also created a vibrant and glittery card this week, that i *know* you will want to see, so why not hop over to JINGLE BELLES right now?!
Posted by lauren bergold at 12:00 AM