we've had a cold, snowy, frosty week here in the northeastern united states. ok yeah, i realize we've got NOTHING to complain about compared to, say, new england or canada; but i am a serious weather wimp and it's the end of february and i'm really reallllllllllllly looking forward to temps in... oh i dunno... maybe the high 40's? is that too much to ask? meanwhile, as i waited, i decided to paint myself a little spring: 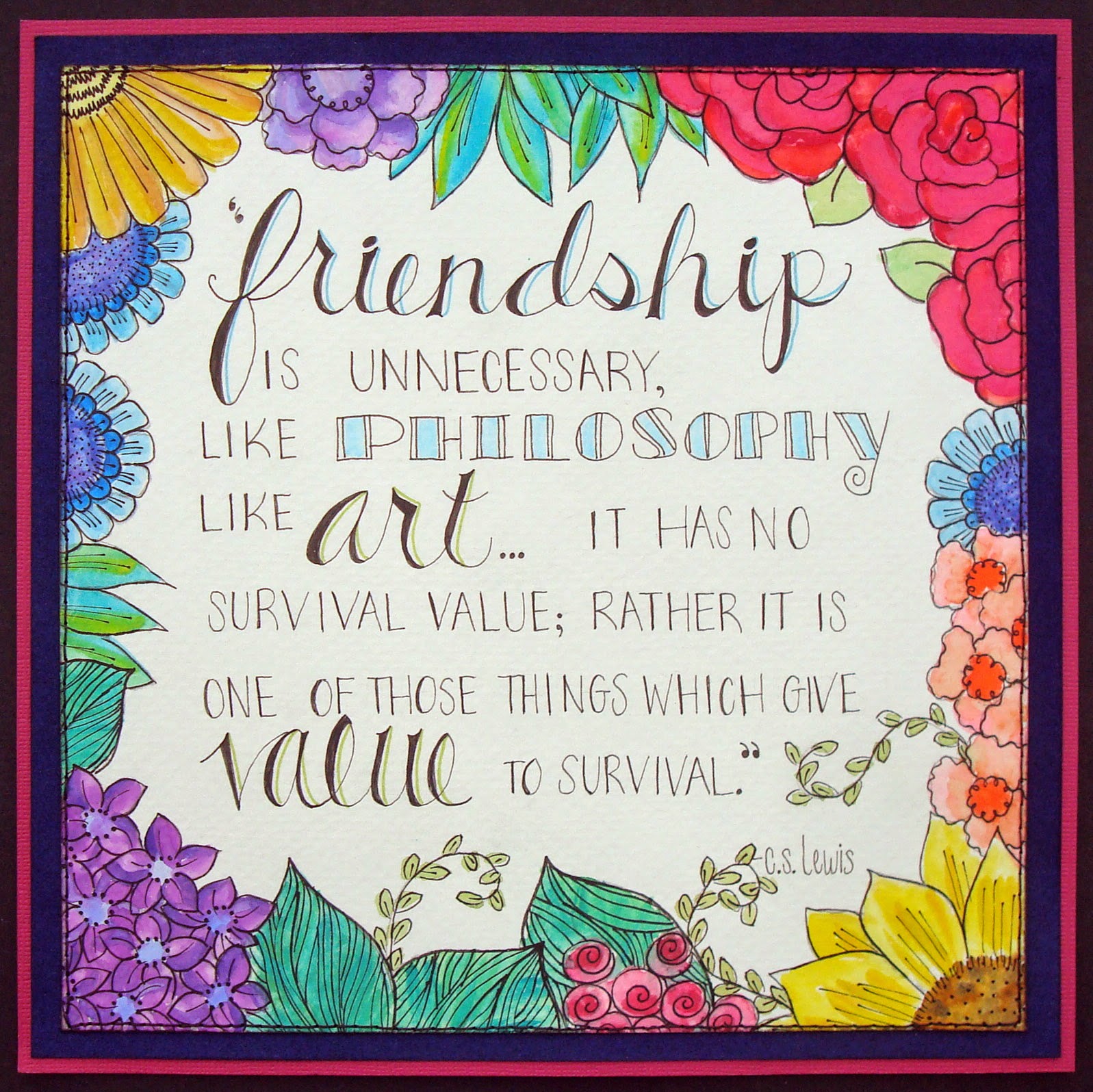 being a hard-core lover of papercrafting products, it feels really weird to make something from the ground up, so to speak; but in fact the only "supplies" i used on this were the mats, which consist of some elderly navy blue velvet paper and some cerise cardstock. the central panel started off as plain white watercolor paper, on which i drew some very faint pencil lines to keep my words from leaning upwards and to the left, which for some reason is generally what they want to do on a blank page. i sketched and inked the c.s. lewis quotation first, then worked on the flowers around the outside. i've been practicing blending paints, especially working "wet into wet" which is tricky, but looks awesome when it comes out right. having said that, i'm not above going in at the end and touching up a wonky line or adding a little extra depth with a copic. there are no rules in art, darlings! :)

meanwhile i hope you are having a particularly nice sunday, and that you'll get to sneak in a little creative time to make something fun! ♥♥♥
Posted by lauren bergold at 12:51 PM