are you tired of watercolors?

if so, i apologize, and promise not to be upset if you'd rather click over to the lolcats, instead! because yeah, it's another painting today: 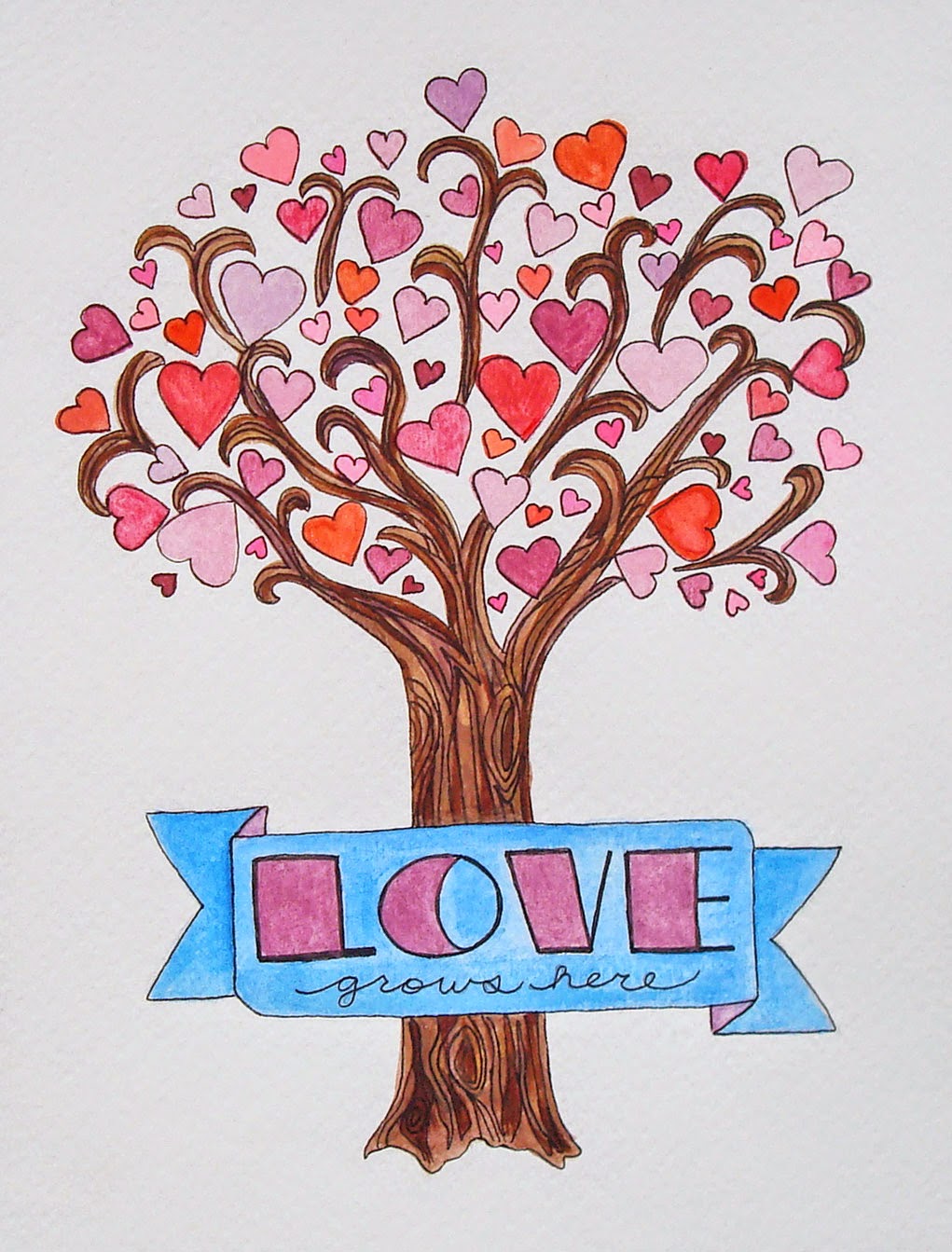 this one is for lovely husband jeff's lovely parents, who'll be celebrating their 61st (!) wedding anniversary in march. i've mentioned before that i basically hit the lottery in terms of in-laws, but it bears repeating; not every girl is as lucky as i am! jeff specifically asked if i would paint something for the occasion, and he helped me decide on the details as i went along. i was inspired by two very different tree paintings i saw on pinterest: this one had hearts instead of leaves, while this one had the cool swirly bark. this is the first painting i've done without a detailed sketch; before i began i only drew in the shape of the tree trunk and the banner, and sketched some very thin pencil lines to give a sense of branches, then went right in with watercolors. i was worried about being able to work neatly enough, but it turned out not to be a problem. unexpectedly, the lettering was the most nerve-racking part of this, since i saved it till the end and then went a bit too heavy on the outlining, but i think it looks ok. i'm still deciding if it needs anything else before it becomes a card, but i'm pretty sure it's done and that i'll most likely just add a mat or two, similar to the friendship quote from the other day.

tomorrow i promise to post a regular (christmas) card with lots of product and plenty of embellishments! :) :) :)
Posted by lauren bergold at 12:00 AM

Email ThisBlogThis!Share to TwitterShare to FacebookShare to Pinterest
Labels: painting, papercrafting (but not cards)