that's the fun and funky challenge at collage obsession this week. it's a branch of collage i always enjoy seeing, but somehow have never really attempted, so i was keen to have a go. here's what i made: 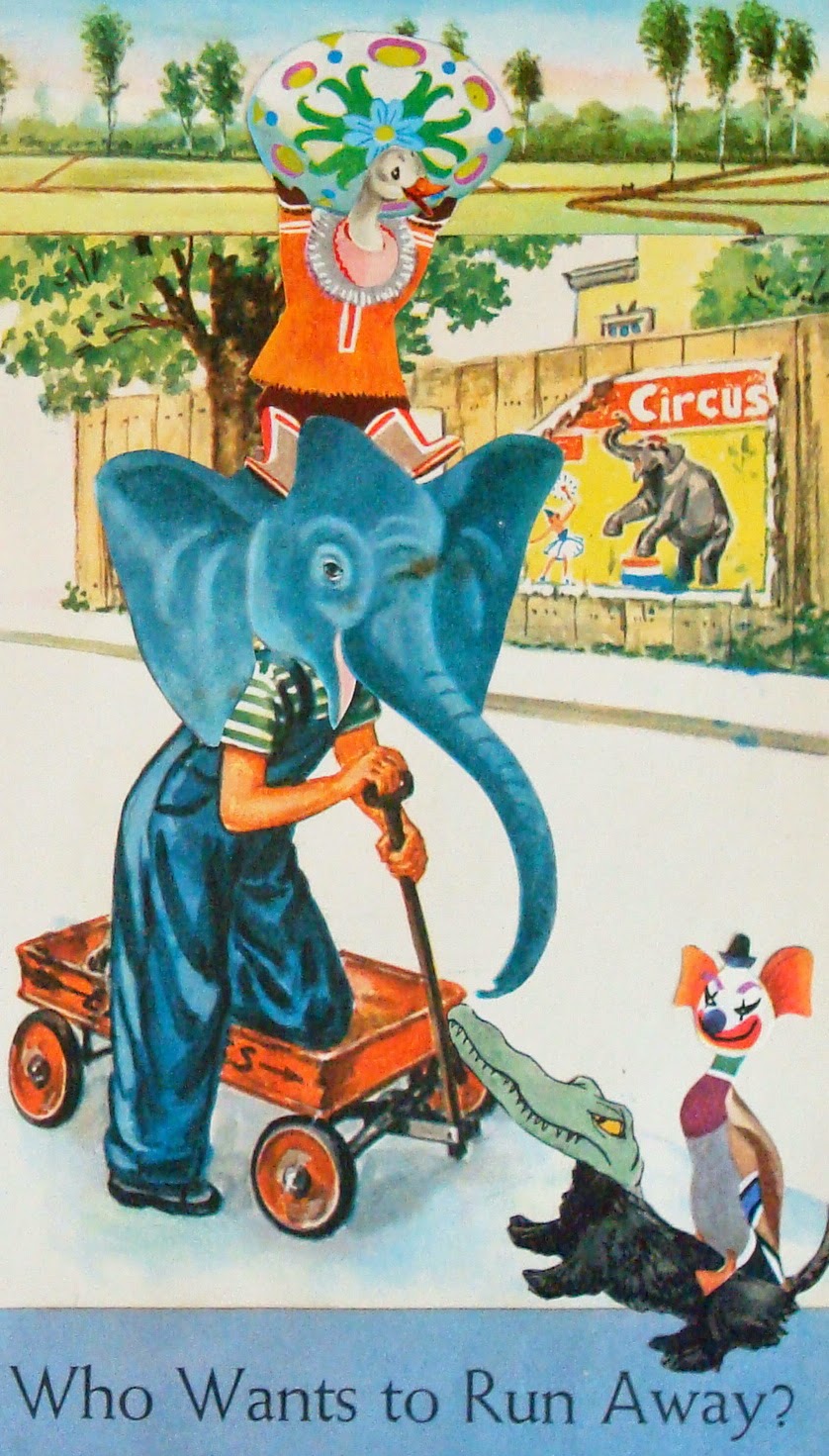 i have to tell you this was *HARDER* than i thought! turns out, it's actually not all that difficult (with a little trial and error) to find images of inter-species heads that mesh pretty well with the body you've selected. the problem is logistics; at least, it is if you also want to use the background any of your characters are in. which i did, obviously, since it had that awesome circus poster! keeping the background means that heads not only have to be "compatible", but also, the new head has to be big enough to completely cover the old one. so my first idea of having this boy with the wagon turn into a slim-necked giraffe just didn't work at all. sadly, i didn't think to photograph the illustration before making the collage (i never do, alas!) but here's a similar shot of the same kid from the title page: 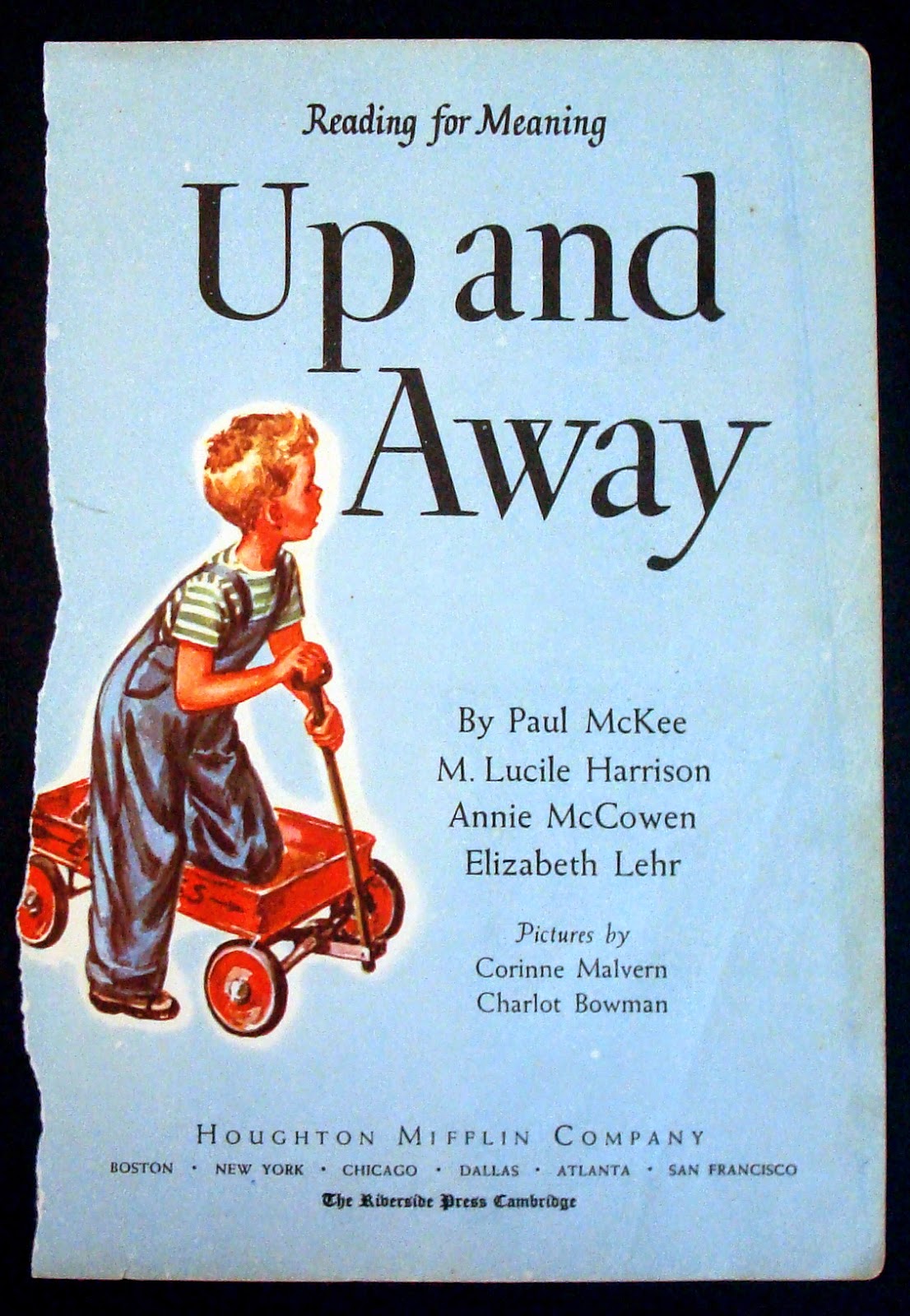 the thing i liked most about him-- that he was turning his head to check out the poster-- was the thing that thwarted the giraffe plan. which, as it turns out, was kind of cool, because i had to keep looking, so not only did i find an utterly awesome elephant; he actually had a be-parka-ed eskimo child* on his shoulders, giving me a SECOND HEAD to swap out, hooray! then i decided that the white space in the foreground would be a great place for a gator-dog. ok yeah, the clown-mallard is the sign i was starting to get just a little bit silly. in my defense: it's not every day you serendipitously happen to find a clown and a mallard who are exactly the right scale for a head-swap! how could i resist? the title of the story, "who wants to run away?" was originally at the top of the page, but the eski-duck's egg covered most of it, so i moved it down to the bottom. i patched in some nondescript trees in the distance so that there were no elements extending up and out of the scene.

so here we have one of those weeks where the assignment was totally fun from start to finish, i learned a lot of cool new stuff, AND i really like my finished piece. pretty much the collage trifecta right there!!! :)

check out the comments of the "swapping heads" post at collage obsession for links to the other readers' awesome and whimsical creations!

*they were all in a very badly damaged little golden picture dictionary, under "E" (hence the easter egg!) luckily the part of the page i wanted only had a few little stains on it and no big rips! :)
Posted by lauren bergold at 8:51 AM