today's mandala monday offering has a full day's serving of vitamin c, and enough BRIGHT COLOR to wake up even the most dedicated sleepy heads. see: 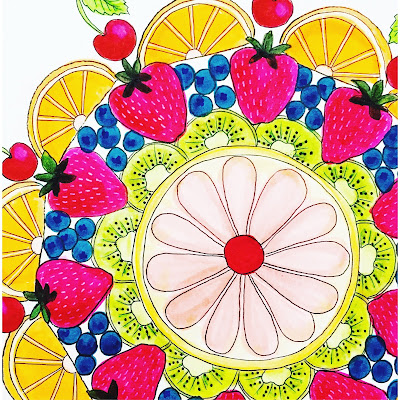 fruit salad
most of the time i cannot tell you where my ideas come from, but in this case i do actually know; my facebook friend lenna andrews drew some lemons and blueberries in her sketchbook last week, and my first thought was, "i should draw a fruit mandala!" which i doodled on an envelope while i was on the phone, and later drew a "real" one in my sketchbook that i colored with tombows. 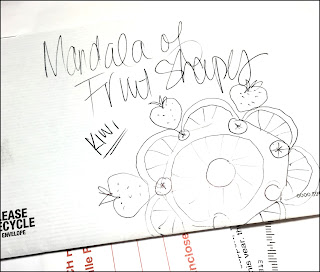 (i'm telling you, i could not possibly make these things up, lol!) 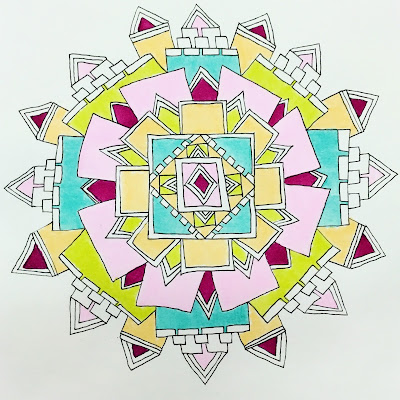 square mandala 1
i have no idea what inspired me, earlier in the week, to try to draw a SQUARE mandala...
(which kind of looks like a castle, with battlements!) 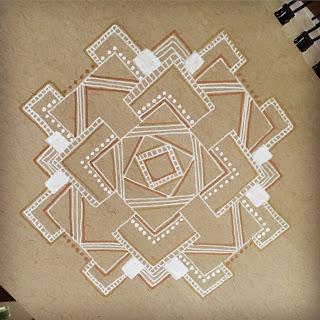 square mandala 2
...the same mysterious force prompted me to have another go the next night. using white, gold and copper gel pens, on a kraft background.
(this one looks a bit like an aerial view of machu picchu!) 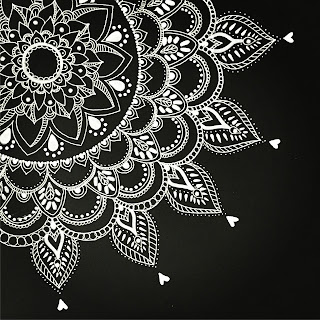 white on black
even earlier in the week, i had drawn a fairly ordinary mandala, using a white gel pen, in my black sketchbook. in retrospect, it's by far the most sensible thing i drew last week, lol! ♥
Posted by lauren bergold at 8:00 AM