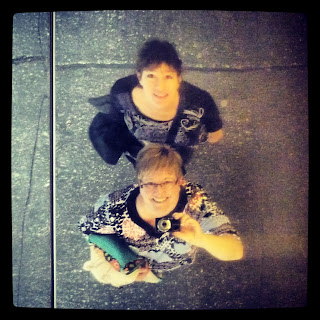 met me in new york for a few days of serious revelry. which is already hard to beat on the fun scale!!! 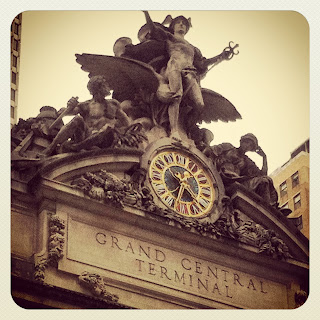 never, ever, fails to amaze me; a fact of which anyone who's seen my instagram feed is surely already aware, lol. grand central was only a few blocks from our hotel... (the affinia shelburne) ...as was the chrysler building, and the empire state. i've seen most of these iconic landmarks on a regular basis quite frequently for the past few years, yet i still never tire of 'em. i kind of hope i never do. :) 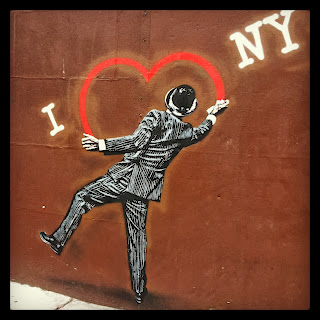 this life-sized wall painting was on ludlow street, just below delancey. it's not a banksy, though there was one quite nearby. thematically, this sums up the week, but we saw so many amazing examples all over the city, it was almost overwhelming. in a GOOD way! 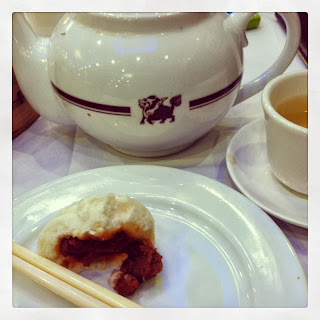 dim sum... and other extreme yumminess

this particular day featured lunch at the golden unicorn on east broadway, in chinatown, but basically every single meal we ate was glorious! from burgers and frozen custard at shake shack, to upscale indian fusion at devi, to the killer view and awesome goodies at the museum of art and design's restaurant, robert, we ate like queens the entire time! 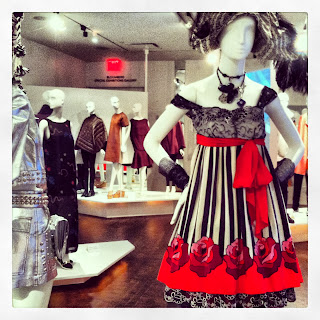 the museum of the chinese in america is a little gem, generally, and this exhibit was one of our faves. this luscious anna sui dress would even make ME consider giving up jeans. 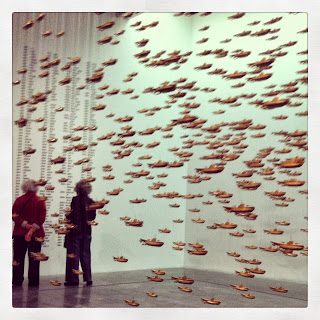 all the submarines of the united states of america

chris burden has all five floors of the new museum to himself at the moment, and has really made good use of the space, with large-scale, thought-provoking, conceptual installations like this. 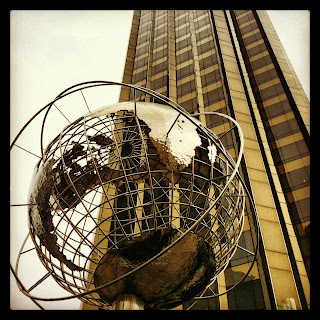 about the only thing better than stopping 1,000 times to take pictures en route to any new york city venue, is traveling with someone who never thinks that's weird or inconvenient. just one of the MANY things to love about stephanie!!! ♥ 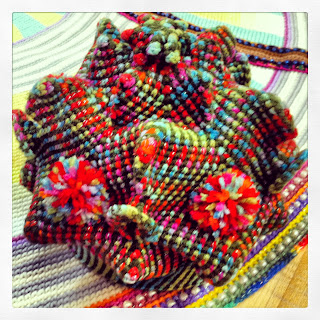 the artist-in-residence at the museum of art and design on the day we visited was the amazingly talented, inspiring and friendly xenobia; i suspect she makes most of the people she meets to want to crochet colorful, whimsical creations... or just watch while she does! 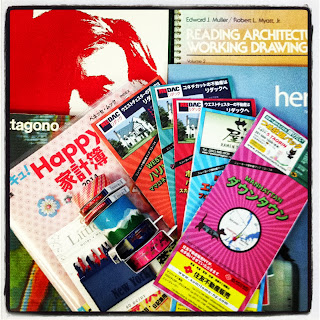 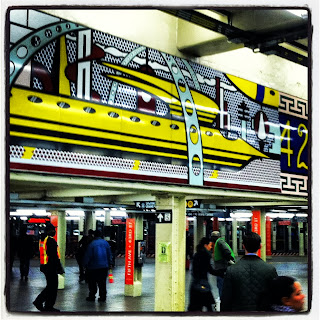 yeah, it can be confusing, not to mention crowded; but you can pretty much get to anywhere in the city from anywhere in the city, for $2.50. and there's some rather awesome art to see on the trip, such as this gorgeous lichtenstein mural near the 42nd street shuttle. 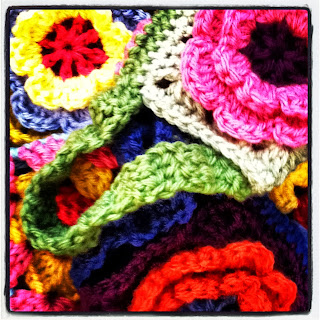 being on vacation means extra time to play with yarn; and being in new york city means you're only a short journey to union square's awesome lion brand yarn studio. so let's go!!! 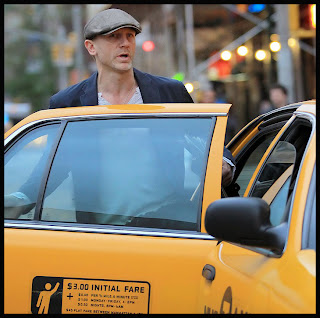 although we did not encounter him-- not even cinematically-- being in the same city at the same time totally counts. totally. 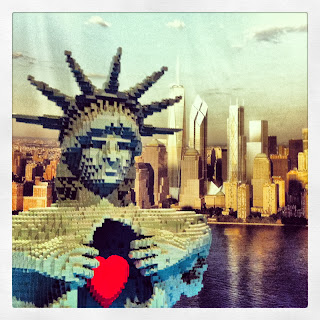 the art of the brick

nathan sawaya's amazing LEGO art, at discovery times square. one of the best art events i've ever attended. and yes, i'm completely serious. if you're going to be in new york before january 5th, you MUST go... with or without children! you can thank me later.

*or, strictly speaking, as it turns out, top thirteen reasons. what can i say, it was a REALLY good week; i probably could have done a "top 50", so just be glad i'm this restrained, darlings! :)
Posted by lauren bergold at 8:54 PM

Email ThisBlogThis!Share to TwitterShare to FacebookShare to Pinterest
Labels: instagram, new york city, out and about, photos