all i did was buy some pumpkins!

to decorate for halloween, i mean. seeing as it's our first holiday in the new house, i bought a few real pumpkins, as well as some of those little plastic candy-pail ones, that i'm going to light up with flameless candles this evening to direct our trick-or-treaters to the side door from which we plan to dispense our candy. i was feeling pretty excited about this, until the other day, when i happened to have a little extra time between appointments in lambertville, new jersey, and my friend and hairdresser phyllis suggested i stroll down union street to see some of the decorations. 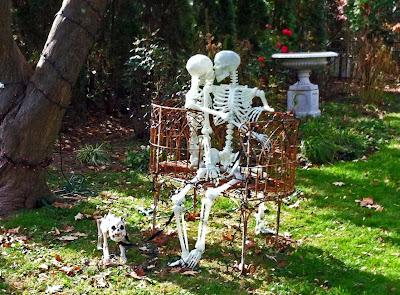 lambertville has always gone all-out for halloween. in addition to the typical trick-or-treat festivities, there's a big parade the weekend before, and on halloween night most of union street is closed to cars, so the houses there go all out in decor! 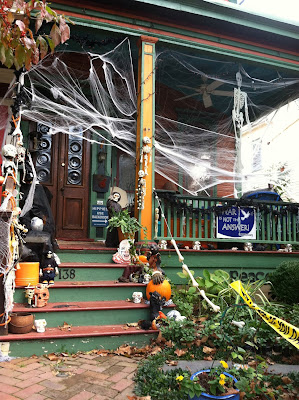 and wow, is it ever impressive! the creativity of ideas really blew me away, and i just could not stop snapping away... as you can see, lol. 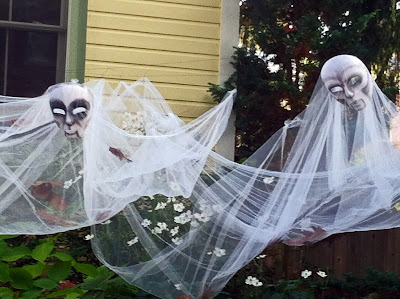 this particular stretch of union street is mostly residential, and there are a lot of grand victorian homes, which particularly lend themselves to this sort of thing. 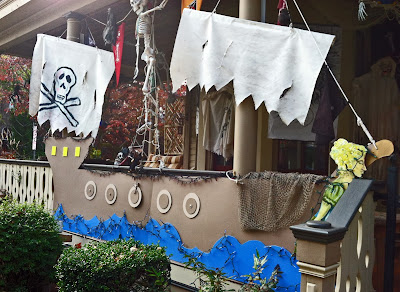 a few businesses get in on it too, though. 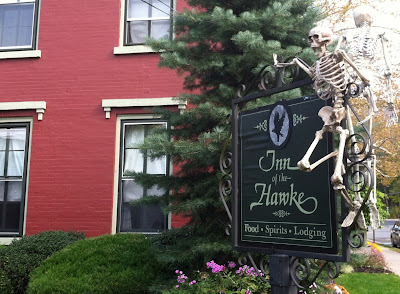 by far my favorite is the dragan house, which is pretty famous, locally. mrs. dragan was the art teacher at the town's elementary school, and it's not uncommon to hear local teens and twenty-somethings speak with great excitement about a project they loved making, or a play for which they helped make scenery, or some special thing they did in second grade, which has not stopped feeling special ten or fifteen years down the road! 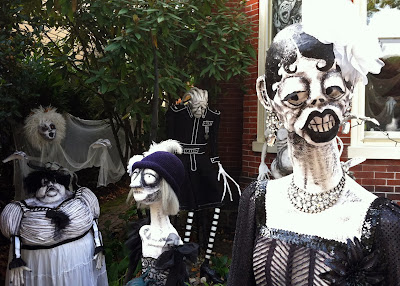 every single one of these figures... (of which i've captured only a pretty small fraction; maybe a tenth?) ...was hand made by mrs. dragan, from the ground up! she builds wire armatures and then covers them with the kind of plaster-n-bandage type of material from which casts for broken arms used to be made, in the olden days. 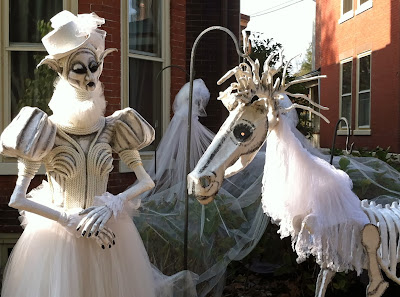 not only have i failed to capture the scale of this amazing display, i didn't even attempt to show the way the house's windows were painted to look as if there were dozens more characters inside. 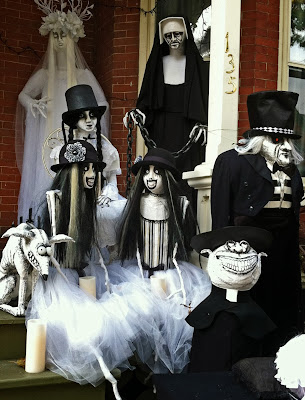 even just that i was there during the day means you cannot tell that at night the whole thing is black-lit and luminous! 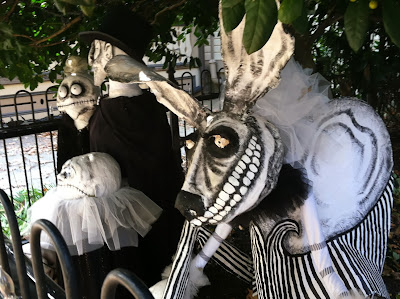 it's not surprising that this house was featured on a special episode of "four houses" but something that really does shock me is, apparently, it only took second place?! seriously??! i demand a recount!!! :) :) :)
Posted by lauren bergold at 10:05 AM

Email ThisBlogThis!Share to TwitterShare to FacebookShare to Pinterest
Labels: out and about, photos