the second phase of my california trip was much more laid back; i stayed with friends near san diego and we chose to put a lot more emphasis on hanging out together than sight-seeing, which is very fun to DO, but not super-exciting to write--or read--about! here are a few random highlights, anyway: 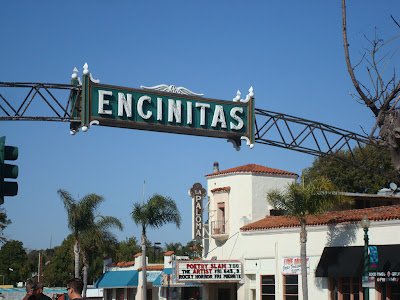 encinitas is one of my favorite little beach towns, and arguably one of the best places in world to while away a lovely afternoon! there is shopping galore (some faves: the artsy gifts at coast highway traders, new age awesomeness at soulscape and sweet treats at chauo) before embarking on any of that there are two CRUCIAL stops:  kealani's for a loco moco bowl (my first since honolulu!)... 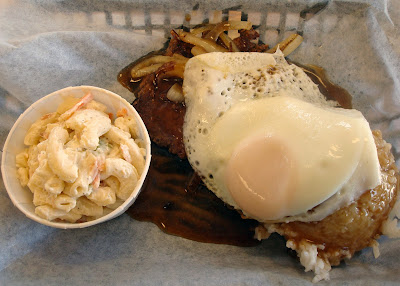 and then to moonlight beach for a little pacific ocean therapy. it was too cold to swim-- (although there were actually a few people in the water!!!) --so i contented myself with walking on the beach and taking a few photos. ok, yeah, quite a few photos! :) 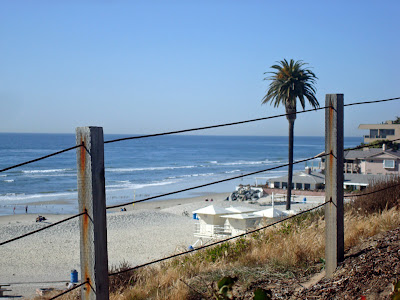 luckily there was no shortage of attractive models to pose for me. this guy was so handsome he just couldn't stop staring at his reflection! 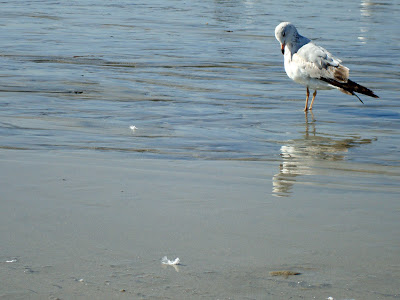 whereas these fellas were far more interested in chasing... ummmmmmm... whatever it is that sandpipers chase... little fish? or tiny burrowing crabs?? whatever it is, they must be found near the water's edge, and they must be prettttttttttttty QUICK because these guys never stood still for a minute! 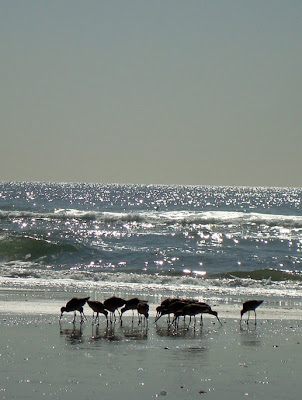 after a while i got tired of panning back and forth trying to get a clear shot and chose models who stayed pretty stationary. rocks, actually. 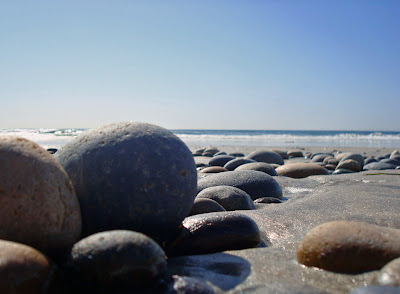 another place i (unexpectedly) saw rocks was on this ledge, about 20 feet or so up the sheer cliff that borders the beach. i suppose people toss them up there, like a wishing well? either that, or the beach pebble's lifestyle is far less sedentary than geologists realize! :) 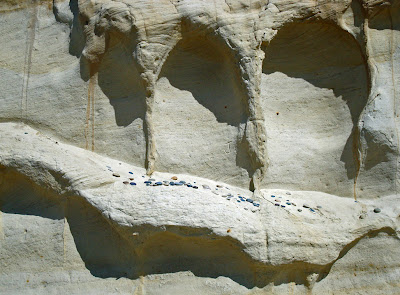 we did spend one morning in balboa park in san diego; one of my favorite places, thanks to the super-high concentration of museums in one spot... (there are a couple of dozen!) ...i always take 9,000,000 shots of the california tower, but i don't think i've ever tried this angle before and i like it: 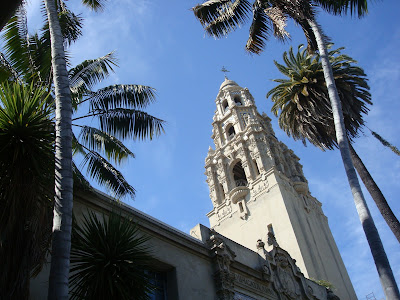 we visited the mingei international museum; i had never been inside before, it's WONDERFUL! they currently have 5 or 6 really excellent exhibitions on, but two of my favorites were niki de saint phalle's colorful, soaring sculpture, and the ynez johnston retrospective: 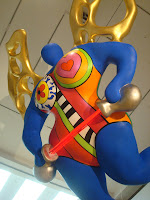 my friend cassie loves these neko cats, and since each one is considered good luck, i'm pretty sure we're all set for the year! 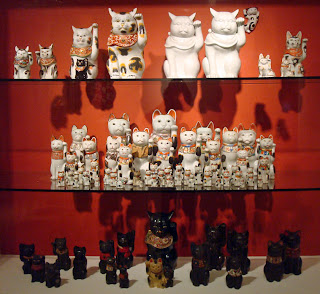 on the way out of the park, i zoomed in and got this shot of downtown san diego, sitting innocently in the sunshine, pretending quite convincingly that it does not hold traffic worries galore: 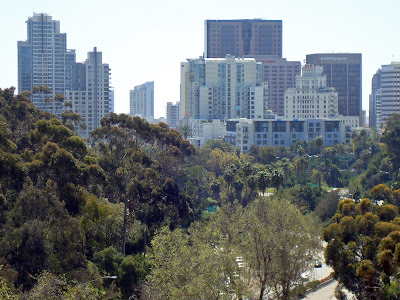 on another lovely day we visited my friend tim, who is a freshman at UC irvine. the campus there is lovely, but my favorite stop (and his, i think!) was across the street from the dorms: 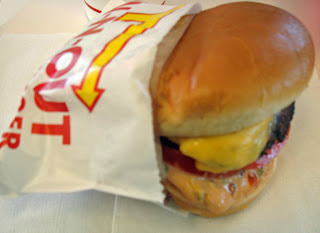 yep, in-n-out burger--one of my california "must haves"!!! another MUST for me, of course, is taking photos of palm trees. i snapped these two from behind the branches of this cool tree with what look like (but definitely are not) poppy flowers: 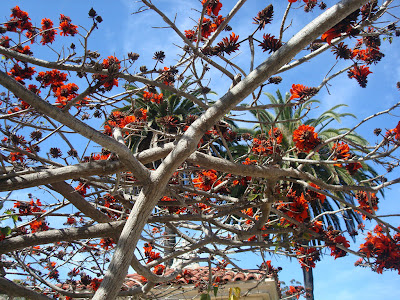 back at the beach, i had also taken some "in flight" photos of different birds, which, as you'd expect, were mostly a bit blurry. but some of them look kind of cool when you photoshop them a bit, like, this one: 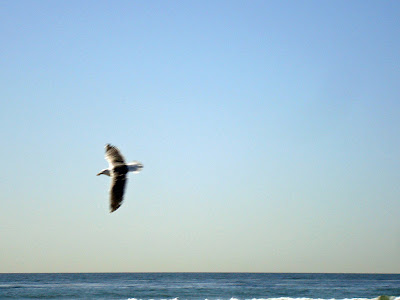 photos of korean bbq, on the other hand, do not need any kind of enhancement, do they? here is a lovely meal we had at korea house, in kearney mesa: 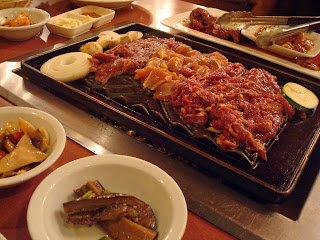 a few other treats we enjoyed (which i somehow neglected to photograph) included mongolian hot pot at little sheep (a first for me... sort of a cross between ramen and fondue!); superb cupcakes from elizabethan desserts; and totally killer tamales at el callejon! a few other activity highlights included some cool thrift shops, the old barn antiques mall in san juan capistrano (a fave for vintage postcards!), mitsuwa marketplace, and the tiny but awesome cannon gallery; not to mention a hotly contested, week long canasta tournament in which, sadly, your hostess was non-victorious. very non-victorious, actually. ok, i got STOMPED!!! hafta to back next year, i suppose, if only for revenge! :) 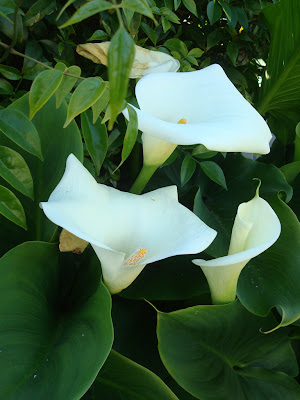 my final photo was taken from the sidewalk, near my friends' home. these calla lillies were growing like crazy, and i could not resist snapping away. what the people whose house it was thought, i cannot imagine, but i hope they took it as a compliment to their gardening skills!
Posted by lauren bergold at 4:30 AM

Email ThisBlogThis!Share to TwitterShare to FacebookShare to Pinterest
Labels: out and about, photos