this is the week that was

at least, these are all the index cards i made for ICAD last week. some are funky, some are fab, but all of them were *fun* which is the main thing! 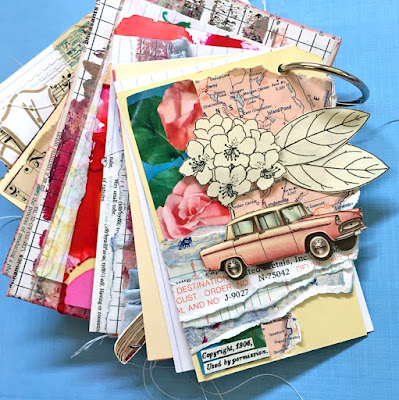 day 19
on this evening, i realized that altho i had used one of my beloved tiny cars from the book "illustrated motorcars of the world" on my ICAD cover, i hadn't yet used one inside the book. obviously unacceptable. 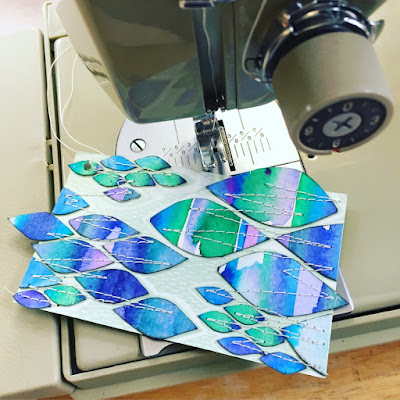 day 20
some years i pick a theme or skill to focus on, some years one seems to pick me. or at least... one evolves without conscious thought on my part. this year the recurring thing is that i'm apparently slightly obsessed with making handcut patterns, and then sewing on them. often these little fads just peter out, occasionally they turn into something really cool that later becomes valuable. either way, it's a big part of the point of ICAD for me, so i don't even try to fight it. 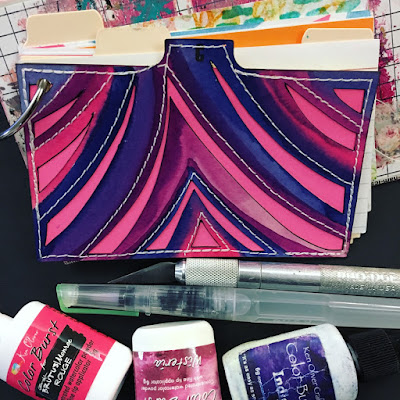 day 21
it's hard to tell from the photo, but the light pink areas on this card are actually a plain pink index card peeking thru BEHIND the slashes i cut from the purple and dark pink swooshy colorburst-painted divider card that's on top. because again with the patterns... using both the positive and negative space... 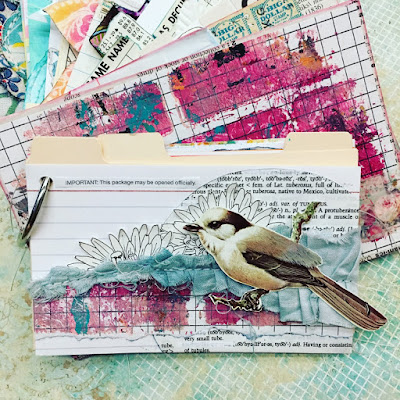 day 22: sky
i really did intend to make something based on the day's "sky" prompt, thus i started with the bird and a strip torn from some blue-ish, grey-ish gel printed fabric. the end product isn't especially sky-centric, however... ah well... 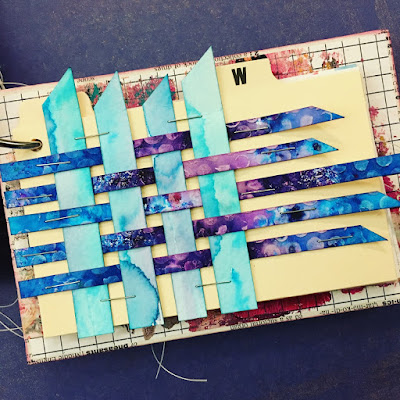 day 23: 14-staple collage
years ago, during ICAD, tammy g had written a list of inspirational ideas, one of which was "stapled collage". i interpreted that-- for some reason-- to be a collage where all the bits are held together with ONE STAPLE. which is harder than it sounds, actually. and i became utterly obsessed. then tammy and a couple of ICAD-ettes decided to have a go, and it just sort of went back and forth like that. every year since then, at some point during ICAD, someone raises the subject again, and we all giggle and have a go. finally getting to the point with regard to THIS card: the other day, tammy posted a really neat, freeform, rainbow collage of paper scraps, which was held together with 14 staples, partly bc she wanted to see if it would work, and partly, as she said when she tagged me, to make me laugh. which it totally did. but of course i also saw it as a bit of a throwdown, lol.
challenge accepted!!!!!! day 24
not a stapled collage, just a regular one. truth be told, i chose most of my elements by color for this one. most of my collages start by me flipping through a random pile of stuff, and choosing some things that appeal to me right then. as i choose, i often notice a theme emerging: the same color, or maybe a bunch of typefaces, or possibly similar shapes or... well... something; and then my choices become less random and more a question of what would go well with the other things. it's a bit like doing a jigsaw puzzle. except you've lost the lid to the box, so you don't actually know what the finished picture looks like.
(proving once more that i'm better at making collages than at explaining how, lol.) day 25
brings us up to TODAY, mandala monday, june 25, 2018. this might be my favorite mandala i've ever made, because it looks like the picture that was in my head, and incorporates a grungy mixed media(ish) background, a real life/photo element, and some hand drawn doodles, all TOGETHER. somewhat in the style of my collage and journal idol, jenndalyn, but still my own thing.

♥♥♥
i hope you're having a pretty good day, but if not, there are still four more chances this week... and then a weekend to recharge!
♥♥♥
Posted by lauren bergold at 9:00 AM